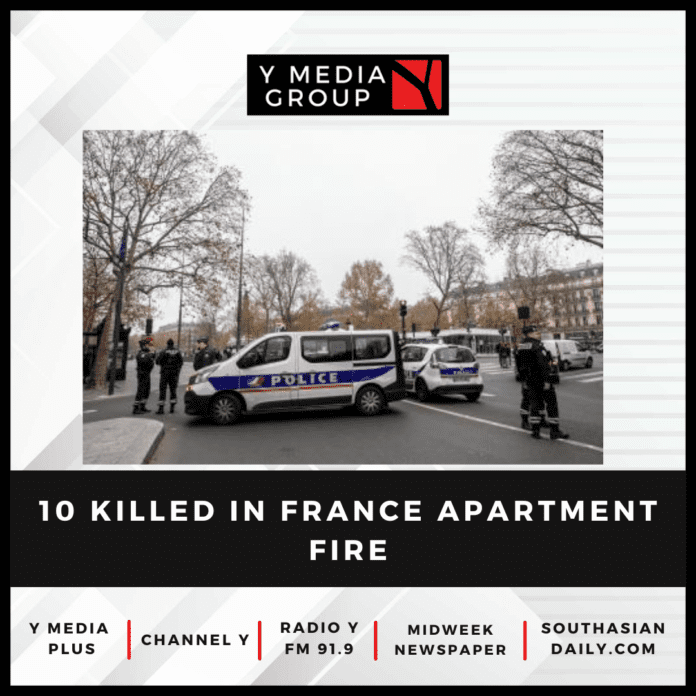 A fire broke on Fridayin an apartment building in the French city of Lyon, killing at least 10 people, including five children, authorities said.

The Prefecture of Rhone said the fire broke out at 3.12 a.m. in an eight-floor apartment building in Vaulx-en-Velin, suburb of Lyon, reports Xinhua news agency.

The Prefecture said it had mobilised about 170 firefighters to put out the fire.

The cause of the fire is under investigation.