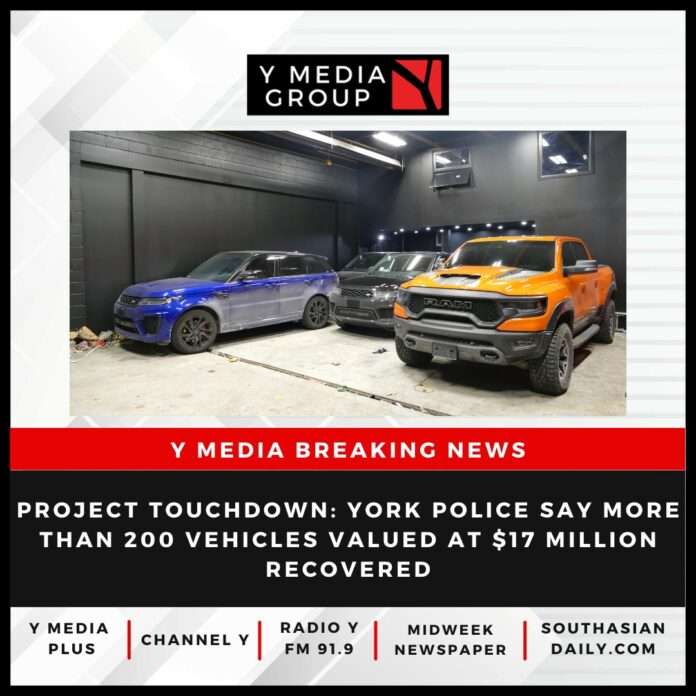 Over the past several years, York Regional Police and partner agencies have seen an increase in thefts of vehicles and we have increased efforts to combat this issue.

During this six-month project, officers intercepted and recovered 215 vehicles valued at approximately $17.4 million which were being trafficked to international destinations. Fifty-one people have been arrested and more than 150 charges have been laid.

The suspects involved in this project were not only involved in stealing and trafficking vehicles. Officers also seized firearms, including 15 handguns, one assault-style rifle, magazines and ammunition as well as quantities of drugs including fentanyl, MDMA, cocaine and Oxycodone.

A video of a recent vehicle theft can be found here: https://youtube.com/shorts/zuspglkNSUk

Vehicle owners are encouraged to follow these safety tips to help prevent their vehicles from being stolen: