20% Of Canadians Skipping Meals In Effort To Save Money: Survey 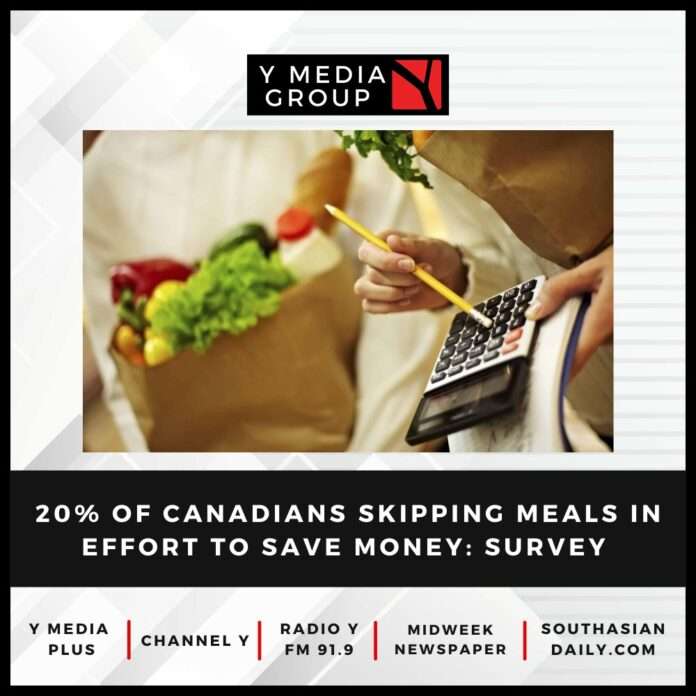 A Canada-wide survey released Monday reported that most respondents are using coupons or shopping sales to deal with rising food costs. In order to save money, nearly 20 percent reduced meal sizes or skipped meals altogether.

The Canadian Hub for Applied and Social Research at the University of Saskatchewan conducted the survey between Sept. 6 and Oct. 17. In the survey, 1,001 people were asked about strategies for coping with rising food costs.

According to Statistics Canada’s consumer price index report, grocery prices remained high while the country’s annual inflation rate fell to 6.9% in September. The price of groceries increased by 11.4 percent compared to a year ago, the fastest increase since August 1981.

According to the survey, most respondents have cut coupons to cope with surging costs. Most households – almost 59% – were also reducing food waste.

Moreover, 54 percent made meal plans to ensure they had enough money to eat.

A report from Food Banks Canada said there were nearly 1.5 million visits to food banks in March, a rise of 15% over March last year and a 35% increase over March 2019, before the COVID-19 pandemic.

According to researchers, the survey had a margin of error of plus or minus 3.1% 19 times out of 20 at the national level.