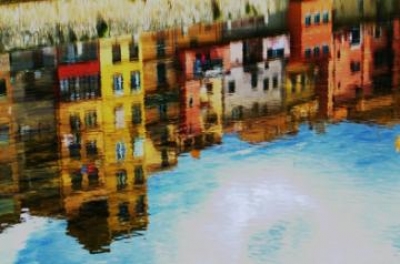 For centuries artists have tried to imitate life through surrealistic representations of how they perceive the world. And in that endeavour have developed creations that have stood the test of time inspiring generations of creative minds to study, replicate and interpret. But as you look deeper into the essence of the lifecycle of creative expression you will find a foundation that’s based on various classifications of technique and style.

These techniques have been brought to the fore by movements that have defined eras in art history. For some, they have even rung the bells of critical acclaim standing on the shoulders of artists that either mastered or elevated them through their defining creations like; Monet and Pissaro’s contributions to Impressionism or Picasso’s pioneering experiments with Cubism.

However there are still some techniques that haven’t been given their well-earned share of time in the sun but do present incredible possibilities for artists, curators, and admirers alike. So whether it’s the inspiration you are in search of or a new creative obsession to examine, dissect and enrapture you, here are a few to consider.

Invented in the 1930s by Austrian surrealist artist Wolfgang Palen, Fumage Art is the technique of delicately using the soot or the traces of black carbon of the flame of a lit candle as a brush or pencil. The result of this careful technique is designs and images that have an unworldly, almost dreamlike feel as perfectly depicted in Palen’s 1941 creation the ‘Messenger’ that features a floating ghostly form painted with smoke onto a base of wet paint. While relatively unheard of, this technique is almost prehistoric given its use by cavemen. In fact, Canadian artist Stephen Spazuk has been using this technique for over 14 years to create ethereal works of art, with world-renowned artist Salvador Dali also experimenting with this technique as seen in his 1936 creation ‘Autumnal Cannibalism’.

Anamorphic art is the peculiar style of creating distorted portraits that can only be viewed in their true form, from specific angles and perspectives. Artists have played with this technique for centuries and in some instances have even utilised mirrors and reflections in order to present an accurate view of the creation to their audience. The beginning of this incredible technique can actually be traced back to Leonardo Da Vinci’s notebooks in the 15th century; however, it was only until the 16th and 17th centuries when Renaissance artists truly began experimenting with this style. A notable example of Anamorphosis is German-Swiss painter and printmaker Hans Holbein the Younger’s ‘The Ambassador’.

Jump to the 21st century and you’ll find traces of this incredible style donning streets, in the form of large-scale 3D murals painted on cascading steps of chalk art that transforms flat asphalt into vivid three-dimensional scenes.

A little over two decades after the first manufactured typewriter made its public debut, the first piece of typewriter art was created by British secretary Flora Stacey in 1898. A beautifully constructed butterfly made of brackets, dashes, slashes, and asterisks, this simple yet revolutionary creation at the time spurred on a deluge of artists experimenting with the humble typewriter to create works that were truly inspired. Among these artists emerged a man who was unequivocally known worldwide as the “Typewriter Artist,” Paul Smith who elevated the style to create picturesque scenes and portraits that exemplified impeccable skill and imagination.

In fact, while not as eloquent as this technique or Smith’s elaborate creations, you could even say that the origins of the modern-day emoji can be traced back to this style.

Also known as hot wax painting, encaustic painting utilises hot beeswax tinted with colour pigments to etch and apply onto a hardened surface which more often than not is wood but has also been used on canvas or metal. Perhaps the most famous example of this technique is the Fayum Funeral Portraits which were naturalistic painted wooden boards that were attached to the mummies of upper-class Roman-Egypt aristocrats.

Impasto is the technique of layering paint making it stand out from the canvas in an almost 3D way, in order to create lifelike realness. Often referred to as a celebration of texture, Baroque artists like Rembrandt, and Frans Hals used this style to depict wrinkles or skin imperfections, the glint of elaborate armour or fine jewellry, and the liquid flow of rich fabrics. You can look at any works of Vincent Van Gogh’s in the 19th century to understand the nuances of this technique, and while widely used by the likes of Jackson Pollock and Frank Auerbach it tends to get overshadowed by larger concepts like modernism and realism.