5 iconic scenes from Bollywood that capture the essence of Diwali 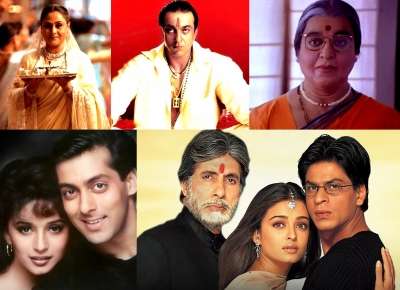 The festival of Diwali is like the magic ray that illuminates everything it touches and the celluloid is no exception.

For years, Bollywood films and storytellers have captured the essence of one of the biggest festivals of India with many of them being immortalised on screens forever.

As the world gets drenched in the colours and shimmer of Diwali, let’s take a look at some of the most iconic sequences in Bollywood movies.

Chachi 420: Kamal Haasan’s 1997 classic ‘Chachi 420’, which was inspired from ‘Mrs Doubtfire’ has one Diwali moment that served as a major driving force for the plot. The titular character of Chachi scores the job as a governess for his own daughter (played by a young Fatima Sana Shaikh) by rescuing her when an errant firecracker injures her.

Vaastav: Remember, “pacchass tola hai pacchass tola”? Yeah it’s from the Sanjay Dutt-starrer ‘Vaastav’ in which he plays a gangster. The scene shows Sanjay Dutt’s character Raghu coming out of his hide-out on the occasion of Diwali to meet his family and brings them gifts. In the scene with Reema Lagu, Raghu explains the value of his gold chain to his mother as he mouths the dialogue: “Ye dekh pacchass tola!”

Hum Aapke Hain Koun? ‘Dikhtana’ is one song you can’t resist! The song arrives in the film during the Diwali when the news of Renuka Shahane’s character’s pregnancy is broken to the audience.

Mohabbatein: The 2000 release which starred Shah Rukh Khan and Amitabh Bachchan has aged as one of the most iconic films of Bollywood. While the film manages to hook the audience, its Diwali scene is remembered for the essence of standing up oneself.

The scene was set against the backdrop of major drama as all six leads in the film, who were previously terrified of confessing their feelings in front of Bachchan’s character, ultimately do so as SRK emerges with the dhol singing the lines “Duniya mein kitni hai nafratein” with Udit Narayan’s vocals going in perfect sync with SRK’s on-screen persona.

Kabhi Khushi Kabhie Gham: Another one of the scenes that has been etched forever on the hearts of the audience. It’s also the scene when Jaya Bachchan’s character puts her spidey senses to good use as her son (Shah Rukh Khan) comes home from abroad on the occasion of Diwali.

Well, some might argue that the sound of helicopter blades can wake up even the dead from the grave but, then what’s Bollywood without a little over the top drama? The scene shows a regular Diwali morning for the Raichand family, when Jaya’s character ditches her cue in the musical, and walks towards the doorway as she senses SRK coming home.