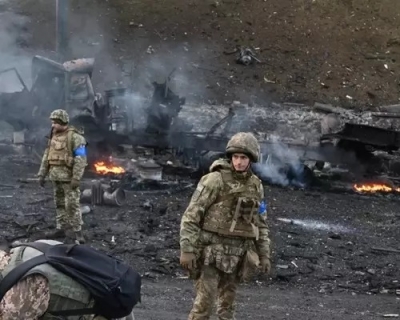 A serviceman of the Ukrainian Armed forces, a former police officer and three civilians were liberated from Russian captivity, said a message from Ukrainian Chief Intelligence Directorate on Tuesday.

“In the course of a special operation carried out by the forces of the special unit of the Ukrainian Chief Intelligence Directorate of the Defence Ministry of Ukraine in the temporarily occupied territories of Kherson Oblast, five citizens of Ukraine who were held captive by Russian occupiers were liberated.”

It is reported that a serviceman of the Ukrainian Armed forces, a former police officer and three civilians were released. One of those released has a serious combat wound, Ukrainska Pravda reported.