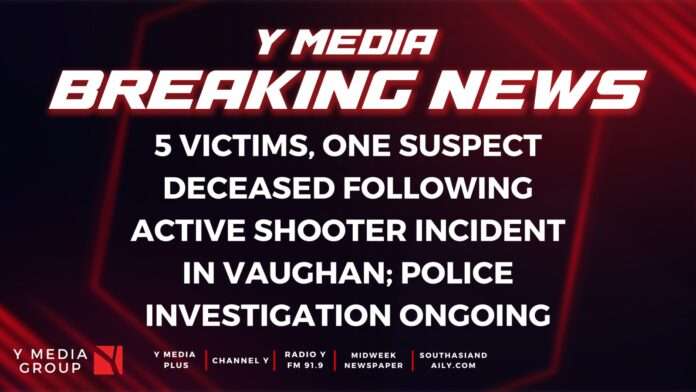 Five victims are deceased, a sixth victim is in hospital in serious condition and the suspect is deceased following an active shooter incident at a condominium building located at 9235 Jane Street in the City of Vaughan.

When police arrived, an interaction occurred between the officers and a male subject and the subject was shot. He was pronounced deceased at the scene. York Regional Police has notified the Special Investigations Unit (SIU).

The Emergency Response Unit has conducted a thorough search of the building to ensure there are no additional victims and that it’s safe. A police presence will be on scene as the investigation continues.

“We offer our sincere condolences to the victims and their families,” said Chief MacSween from the scene, adding there is no further threat to public safety.

The investigation is active and ongoing. Updates will follow.