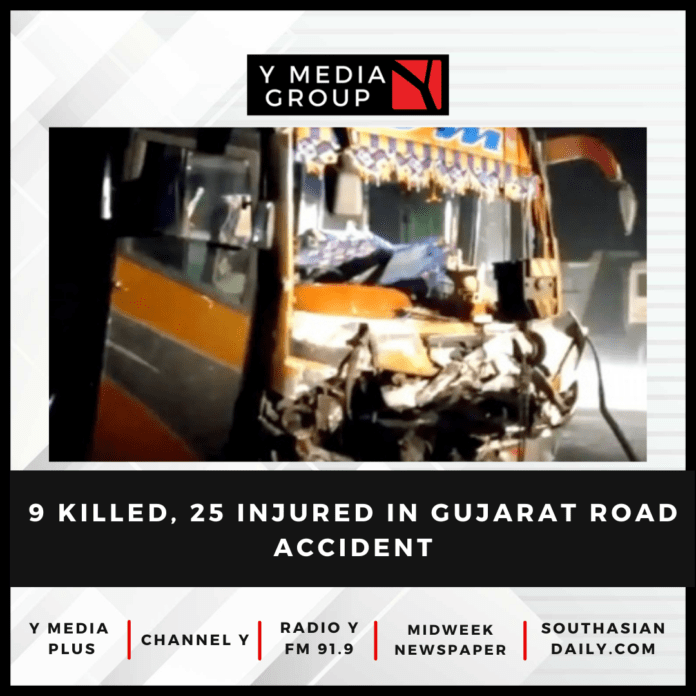 At least nine people were killed and 25 others injured on Saturday when a mini bus collided with an SUV in Gujarat’s Navsari, officials said.

The Fortuner SUV was heading towards Ankleshwar from Valsad, whereas the luxury mini bus was on its way to Valsad from Ahmedabad.

Patel said that the bus driver had suffered a heart attack stroke which led to the accident.

Of the nine victims, eight were travelling in the SUV and one a bus passenger.

Seven of the SUV victims died on the spot, while one passed away in the hospital during treatment. A ninth passenger in the SUV is said to be in critical condition.

Primary information says that the nine people in the SUV were from Prolife Bio-Chemical LTd, Ankleshwar.

Meanwhile, the bus passengers were from Valsad and were returning home after visiting the BAPS sect event in Ahmedabad.

There were a total of 30 passengers in the bus, of which 25 were injured.

Of the 25, 17 were shifted to Valsad and eight others are being treated at the Navsari hospital.