92% of Indian youth believe that it is normal not to use husband’s surname: Report 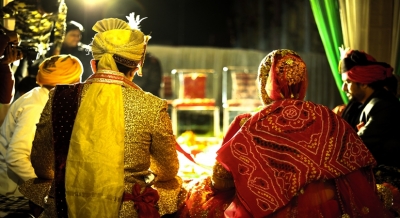 Since time immemorial, Indian women have changed their surnames to that of their husbands after marriage. In a patriarchal tradition, it has always been believed that a woman’s identity is tethered to her husband and that only by taking his surname does she become a member of her husband’s family.

Despite the fact that there is no law requiring women to change their surnames after marriage, it has become a social convention around the world. However, as feminism and women empowerment create a tidal wave of change in India, the young generation’s mindset and opinions are shifting.

Considering the fate of 21st-century Indian brides, Betterhalf.ai, a new age matrimony app survey to ascertain the opinions and perspectives of the young Indian population on the customs followed by Indian society. The survey results show which customs should be kept and which should be abandoned as time passes.

According to the survey’s findings, a whopping 92 per cent of Indian youth believe it is normal and acceptable for a woman to keep her own surname after marriage and not take her husband’s. This clearly demonstrates that a paradigm shift is influencing the young millennial population to adopt 21st-century beliefs and practices. With only eight per cent of the youth still believing in the tradition of surname change, India has come a long way since the days of a male-dominated, patriarchal society.

Pawan Gupta, CEO and Co-Founder of Betterhalf.ai said, “Name-changing has been a persistent part of traditional Indian marriage and customs. For centuries, Indian brides have had to depart with their surnames in exchange for their husbands. But as feminism gives voice and freedom to women, they are making their own decisions before and after marriage. We are living in the 21st century where even if some men are taking their wives’ surnames, then women taking their husbands’ surnames should not even be a question.”

“Keeping up with the changing times, these age-old customs should be drawn out from our society and our thinking. The 21st-century woman should not be subjected to archaic traditions and customs and the youth agrees. I am delighted with the response of the young millennials to our survey, it shows how far we have come. I hope this number can change to 100 per cent in the coming years,” he added.

Although the traditional marriage narrative is deeply ingrained in the minds of many, traditional Indian marriage customs are gradually being phased out. The survey represents the viewpoint and voice of the young Indian population, which is rapidly abandoning old customs. Instead of a divine match, the Indian youth prefers a marriage based on logic.