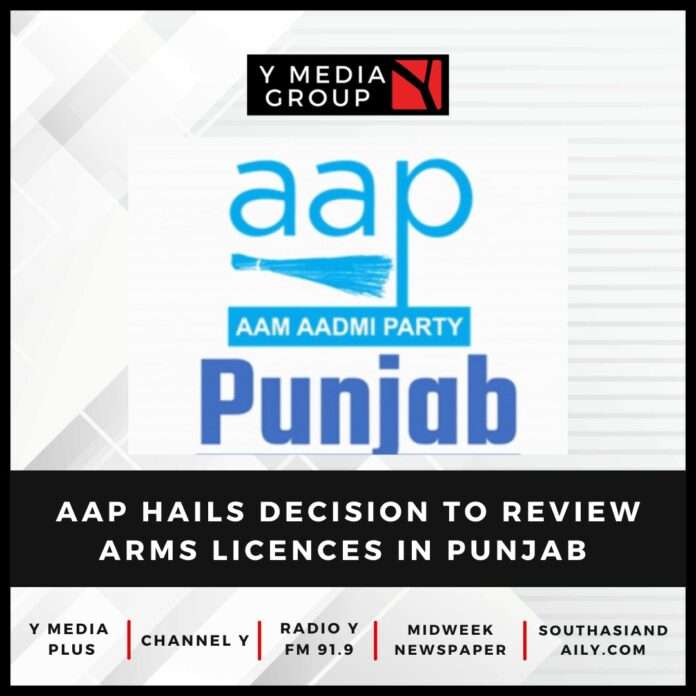 AAP chief spokesperson Malvinder Singh Kang said the government’s decision will hamper criminals to access the weapons in the state, which will ultimately end gun culture.

Addressing the media here along with leader Neil Garg, Kang said the previous Badal and Congress governments issued arms licences recklessly to a large number of non-essential people, which promoted gun culture and vitiated the atmosphere of society.

Citing an example, he said during the last few years, many unfortunate incidents have come to light in which people lost their lives due to celebratory firing at weddings and other functions.

By conducting a review, it would be ensured that only deserving people with clean character or people in need will be able to get arms licences.

He said this decision would ameliorate the image of Punjab at the national and international level. It will prevent the youth from to get astray from the right path and will usher an atmosphere of peace and harmony in society.