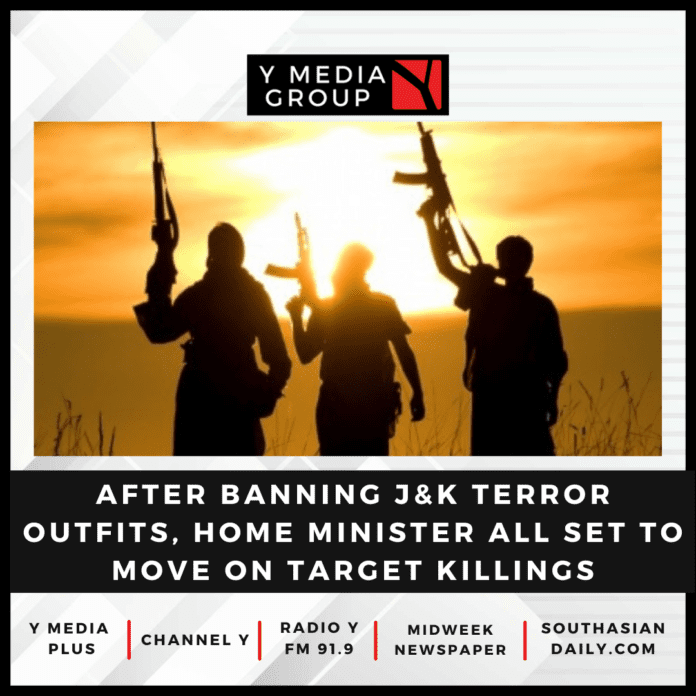 The recent spate of targeted killings by terrorists in Jammu and Kashmir continues to pose a major challenge for the security forces to maintain peace and safeguard the lives of common citizens living in the union territory.

Terrorists are continuously targeting Hindu families, Kashmiri Pandit community and government employees in the Valley. Therefore, the Union Home Ministry has now swung into action to stop such incidents further from taking place in the Valley.

According to sources, following the targeted killings of six civilians in Rajouri, Jammu, in two separate incidents at the beginning of 2023, the Home Ministry on the instructions of Home Minister Amit Shah has directed the heads of security agencies to crack down on targeted killings and ensure maximum security in the Jammu region.

A Home Ministry official said that the terrorists have changed their strategy to spread terror in J&K by carrying out targeted killings in the relatively safer Jammu region to spread fear and panic among the people.

The Ministry has taken several swift measures in the last three to four days to crackdown on these killings.

The MHA on January 4 declared Ijaz Ahmed, the chief recruiter of the terror organisation Islamic State Jammu and Kashmir (ISJK), as a terrorist.

On January 6, the MHA banned the People’s Anti-Fascist Front (PAFF) and on the same day Arbaz Ahmad Mir of the LeT, who is considered the mastermind of targeted killings, was also declared a terrorist.

Sources say that in view of increasing international pressure on Pakistan since the last few years for nurturing terror, the ISI and the terrorists acting at their behest created new terror organisations in India. They want to keep alive the atmosphere of terror in the Valley and desperately want to tell that terror has not yet ended in Jammu and Kashmir.

Sources associated with the security agencies said that ever since Article 370 was abrogated in Jammu and Kashmir, these new terror groups have started radicalising angry Kashmiri youth to become terrorists. At the same time, they have been assigned non-Islamic names to shield their identity among the civilian population in Kashmir Valley.

Both the terror organisations ie LeT and JeM have played a major role in the targeted killings against Hindus living in Kashmir. In order to Identify these pseudonymous organisations, strict action is being taken so that Pakistan can be exposed before the world.

Pakistan’s intelligence agency, ISI and terror organisations, have been plotting terror attacks again to terrorise Rajouri and Poonch districts, adjoining the Line of Control in Jammu region, for a long time.

Sources said that till now Jammu was considered a safe security zone. Tourists, local citizens and the Kashmiri Pandit community were considered completely safe here. But, now the concern among the security forces has increased manifold due to the terrorists looking to expand their base in Jammu region.

According to an official, the security forces have been conducting very few anti-terror operations in Jammu as compared to that in Kashmir Valley. However, in the last 15 months, the troops have launched an intensive search operation in Jammu. During such operations, the security forces in Jammu have continuously seized arms, explosives, grenades, IEDs, RDX including several other materials, etc.

To stop targeted killings in Jammu, the Union government has deployed more than 18 additional companies of CRPF, comprising 1,800 security personnel, to strengthen the security situation in Rajouri and Poonch districts. As soon as the units of CRPF personnel reached Rajouri and Poonch, the work undertaken to make bunkers and posts also started at a rapid pace.

He added that though the lives of innocent civilians cannot be compensated, all possible help would be given to the families of the deceased persons.

The L-G said that the government whether it is Centre or the state have given complete freedom to the security forces to neutralise terrorists.