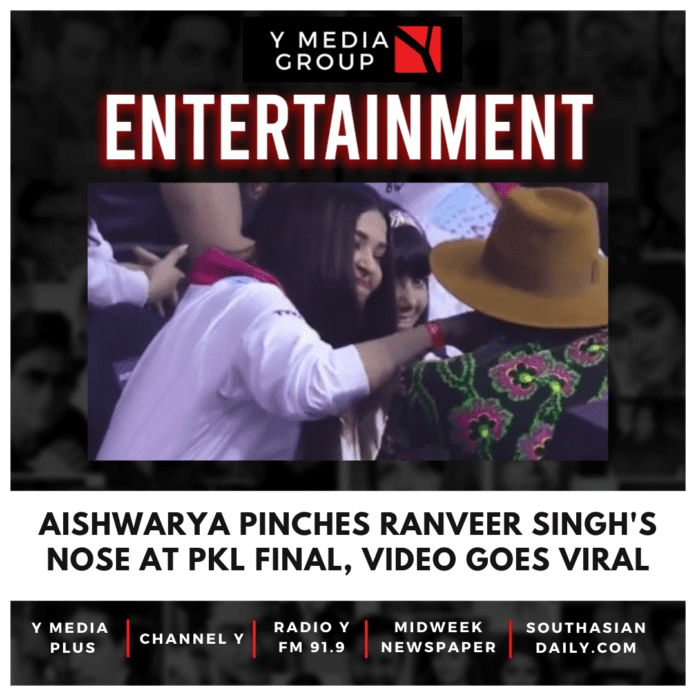 A video of Aishwarya Rai Bachchan in a chat with Bollywood livewire star Ranveer Singh at the Pro Kabaddi League(PKL) final has taken over the Internet for all the right reasons.

Ranveer had joined Abhishek Bachchan, Aishwarya and their daughter Aaradhya Bachchan at the PKL final in India before he jetted off to Qatar for the FIFA World Cup final. The kabaddi championship was held in Mumbai.

A clip featuring Aishwarya, Aaradhya and Ranveer indulging in a banter is doing the rounds. It also was posted in Reddit, a discussion website.

The video shows Ranveer and Aishwarya in a conversation. Dressed in a black floral jacket and hat, Ranveer’s back can be seen towards the camera. The ‘Devdas’ actress is seen in a Pink Panthers’ white jersey. She cutely pinches his nose while talking to him.

On Sunday, while Ranveer was in Qatar for Argentina vs France, his actress wife Deepika Padukone unveiled the FIFA World Cup trophy.