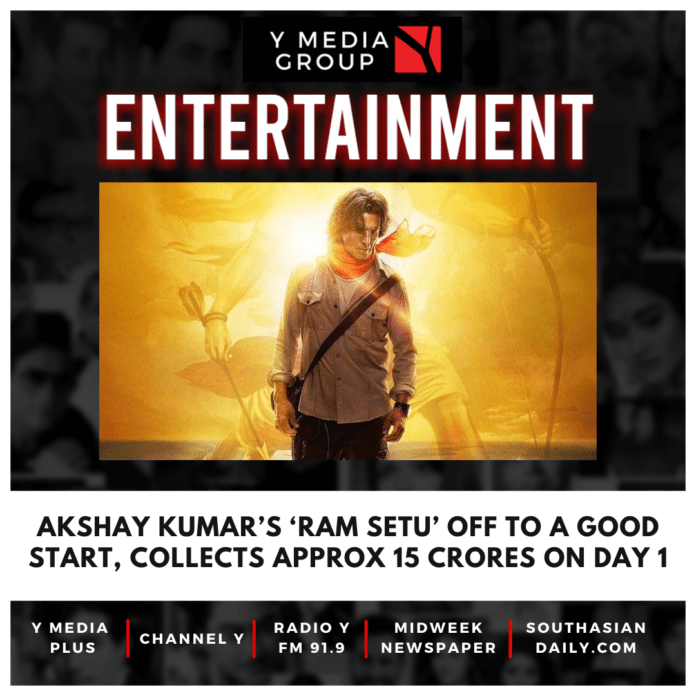 According to a statement issued by the makers on Wednesday, the film opened with Rs 15.25 Crore on its first day.

The story of ‘Ram Setu’ revolves around an atheist archaeologist turned believer, Dr. Aryan Kulshrestha (Akshay Kumar), who must race against time to prove the true existence of the legendary Ram Setu before evil forces destroy the pillar of India’s heritage.

‘Ram Setu’ is presented by Prime Video in association with Cape of Good Films and Lyca Productions and is an Abundantia Entertainment Production.

‘Ram Setu’ is distributed worldwide in theatres by Zee Studios.