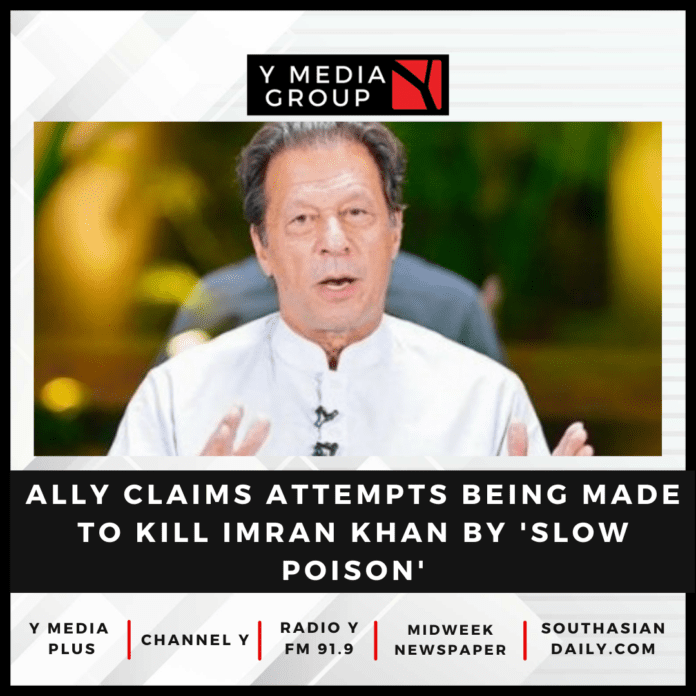 They hatched a plot to kill Imran Khan — first they (government) said Imran Khan was not hit by bullets then did your father’s firecrackers hit him?” he said while lashing out at the PDM leaders, the Express Tribune reported.

Rashid made these remarks on Friday while addressing an “anti-inflation protest rally” outside his Lal Haveli residence in Rawalpindi. “Now they are conspiring to eliminate Imran Khan through slow poison as they don’t want to contest elections against him,” he added, Express Tribune reported.

A day earlier, PTI chief Imran alleged that the gun attack in Wazirabad on November 3 was actually a plot to assassinate him like the killing of former Punjab governor Salmaan Taseer in Islamabad 11 years ago.

Imran was injured when shots were fired at the container on which he was standing, while leading his anti-government long march towards Islamabad, in Wazirabad town of the Gujrat district on November 3.

Imran had received bullet wounds to his leg.

Imran alleged that the ruling Pakistan Muslim League-Nawaz-led federal government hatched the assassination plot in connivance with the establishment.

He accused PML-N supremo Nawaz Sharif, Prime Minister Shehbaz Sharif and Interior Minister Rana Sannaullah of being behind the conspiracy.