Almost 60,000 people have died of Covid in China in past five weeks 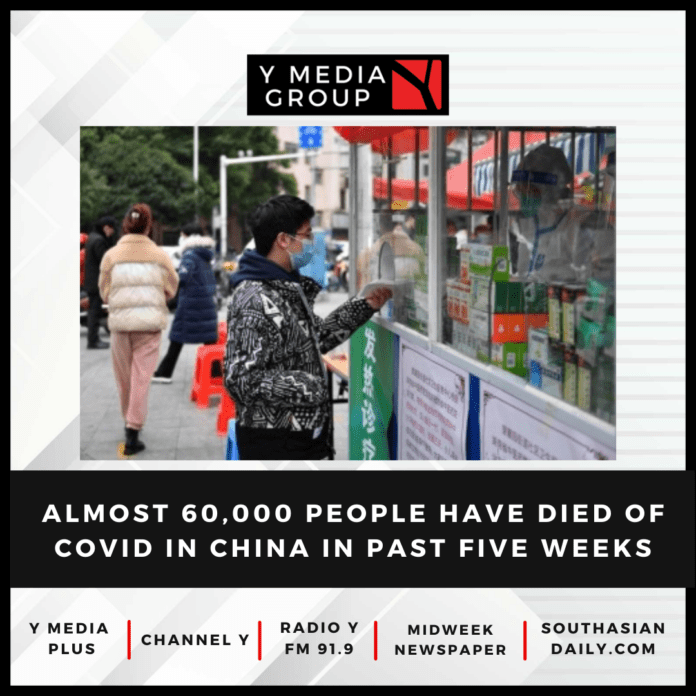 Almost 60,000 people have died of Covid in China in the past five weeks, authorities have announced, according to a media report.

China is in the grip of a major wave of the virus after abruptly lifting its zero-Covid restrictions in December last year, with some major cities estimating between 70 per cent and 90 per cent of their populations have been infected, The Guardian reported.

Anecdotal reports and long queues at morgues and crematoriums point to a high death toll, but until Saturday the authorities had only officially recorded a few dozen Covid-19 deaths, the report said.

The shortfall was due to stringent definitions of how a death is attributed to Covid. Only people who died of respiratory failure were counted.

Last week, the World Health Organization had criticised the new definition as too narrow and an under-representation of the true impact of the outbreak. Chinese authorities responded that it was not necessary to attribute every death.

On Saturday, however, Jiao Yahui, the head of the Bureau of Medical Administration, announced there had in fact been 59,938 Covid deaths between December 8 and January 12.

It included about 5,500 who died of respiratory failure, while the rest also had underlying health conditions. The average age of those who died was 80, Jiao said, with 90.1 per cent aged 65 and above, The Guardian reported.

The death toll given on Saturday includes only those who died in hospital and is likely still lower than the true total.

There have been concerns about further spread of the virus ahead of the lunar new year holiday beginning next week. People have been urged not to visit their elderly relatives in order to protect them.

Jiao also said that case rates are declining and the peak has passed in most areas.

She said the daily number of people going to fever clinics peaked at 2.9 million on December 23, and had fallen by 83 per cent to 477,000 on Thursday, The Guardian reported.

“These data show the national emergency peak has passed,” she said.