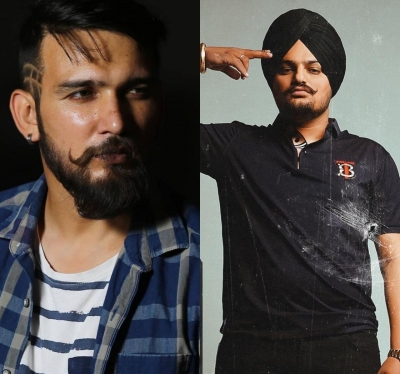 ‘India’s Got Talent’ fame Amit Antil feels Sidhu Moosewala’s demise is an eye-opener for people who blame celebrities for having guards and security.

He says: “As all of us know that talent is always compared to treasure that can’t be stolen. But the fact is it can be killed henceforth its our responsibility to keep them protected and safeguard. The way a young singer was shot in broad daylight raises questions on how secure we Indian artistes are. Punjab has been a place of love, peace and brotherhood, violence was really unexpected.”

Amit, who is known for featuring in shows like ‘Savdhaan India: India Fights Back’, ‘Kalash… Ek Vishwaas’ among others, reveals about working with the same costume department team of Sidhu Moosewala.

He continues: “I also work with the same team the late singer used to work with. I have known him for quite a long time now. But he will go soon, who knows! At such a young age he started his career in showbiz and claimed global recognition without having any godfather in the industry. His success was the result of his hardwork and dedication. He will be an inspiration. It’s a great loss for our country. I hope his family and fans get the strength to overcome the loss.”

Amit who was last seen in ‘Akhada’ will also feature in upcoming Bollywood movies ‘Zufash’ and ‘Mujahid’.