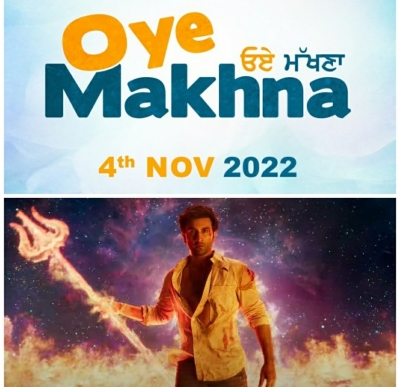 The release date of the upcoming Punjabi rom-com ‘Oye Makhna’, which stars actor-singer Ammy Virk in the lead, has been pushed back.

The film was earlier set to release on September 9, but now it will hit the screens on November 4.

The release of the Ranbir Kapoor and Alia Bhatt-starrer ‘Brahmastra’ on September 9 could be one reason behind the decision, for the big-budget Bollywood release is expected to take up a majority of the screens.

Commenting on the development, Ammy Virk said in a statement, “We have invested a great deal of passion and love in this film and the audience will see it for themselves on November 4. All of us on the sets share great chemistry and we are sure that ‘Oye Makhna’ will be a treat for the audiences and fans.”

The film also stars Punjabi actress Tania Singh, who was seen with Ammy in ‘Bajre Da Sitta’, and Guggu Gill.

Director Simerjit spoke about his bond with Ammy and how the fans will have to wait a little longer, saying, “Every fan of Punjabi films is aware of my special association with Ammy… We have created another film that we are sure will be a delight to watch.”

He added: “�Oye Makhna’ is a complete entertainer with a mix of all emotions. I am sure we will celebrate a sparkling festive season at the box office this November.”