‘Announcement about new party in 14 days, will form coalition only with…’: Ghulam Nabi Azad’s camp 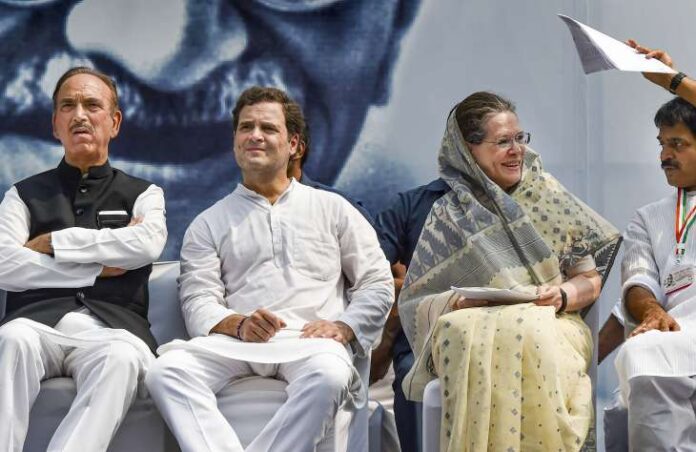 Ghulam Nabi Azad, Jammu and Kashmir leader who created a storm in the Indian National Congress by quitting with a blasting letter to Sonia Gandhi, is set to float his own party. His camp on Sunday said that an announcement in this regard will be made in 14 days.

Taj Mohiuddin, who also quit the party earlier today told the media that the camp is approaching Election Commission. “We’ll not merge with any party, but we can have a coalition govt if we need seats, only with NC or PDP,” he said, ruling out merging with the BJP or Congress.

Azad, a Congress veteran who resigned from the party on August 26, is scheduled to reach Jammu on September 4. He has announced floating a new party beginning with Jammu and Kashmir where assembly polls are due.

Azad, 73, a former chief minister of Jammu and Kashmir, ended his five-decade association with the Congress on Friday, terming it “comprehensively destroyed” and lashing out at Rahul Gandhi for “demolishing” its entire consultative mechanism.

Azad’s parting ways with Congress and his decision to form a new political party have added an important third dimension to these forthcoming elections. His resignation has generated a storm of sorts in the J&K Pradesh Congress Committee (JKPCC).