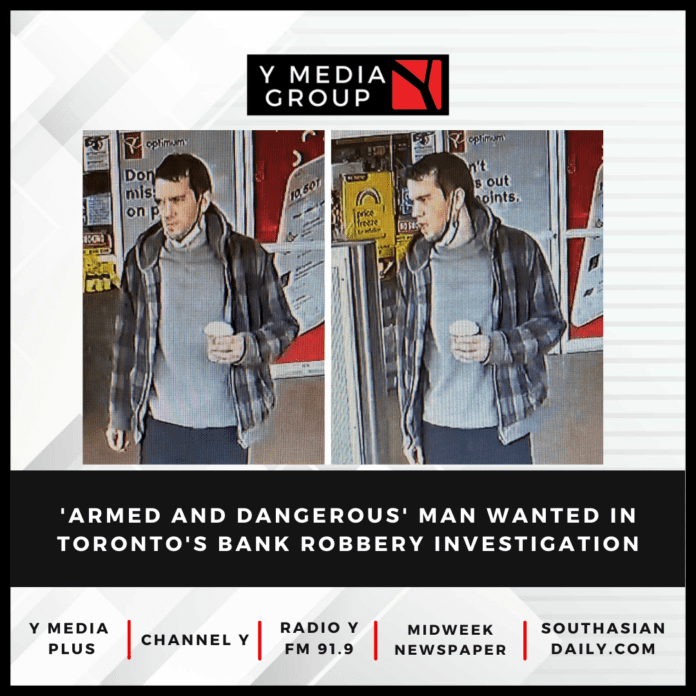 The Toronto Police Service Hold Up Squad is requesting the public’s assistance identifying a man in connection with a bank robbery investigation.

On Monday, November 28, 2022, officers responded to a holdup call in the Danforth Avenue and Victoria Park Avenue area.

Members of the Hold Up Squad have commenced an investigation and are making efforts in identifying the man.

He is described as approximately 30, 5’11”, with an average build. He is to be considered armed and dangerous, do not approach, call 9-1-1 immediately.

Images of the man have been released.