Asia Cup 2022: Celebrations across India with dhol & fireworks after men in blue defeat Pakistan by 5 wickets 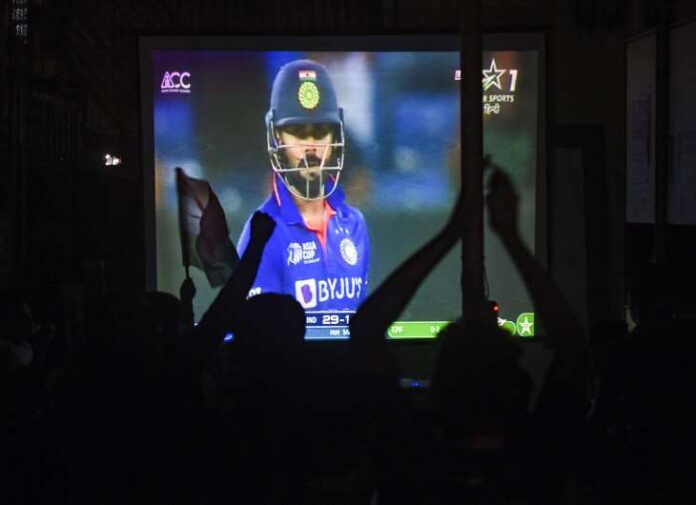 India vs Pakistan: Cricket, colors, and celebration, there is no better way, to sum up, the Indian subcontinent. The gentleman’s game which was introduced by the British colonies unites the world’s largest democracy like nothing else. Whenever there is a cricket match that India plays, barriers of ethnicity are broken and people in the same voice start rooting for the team. Things get even more intense when India plays Pakistan. Both these nations go way back and have a rich cultural and cricketing history. Due to border conflicts and all the politics related to them, things get serious both on and off the field.

After the tragic 26/11 attacks in Mumbai, India stopped playing against Pakistan and also restricted their participation in the money-minting Indian Premier League. Unlike the late 1990s and early 2000s, Indo-Pak matches are a rare sight and fans just wait in anticipation for an ICC tournament to come by or an Asia Cup to happen, just to see both these teams take on each other. After the disastrous 2021 ICC T20I World Cup, India met Pakistan in the opening match of Group A in the Asia Cup on Sunday, August 28, 2022.

The match brought along an air of excitement, an electrifying buzz that is always expected out of the India-Pakistan games. Team India skipper Rohit Sharma won the toss and elected to field first. As Babar Azam and Mohammed Rizwan walked in, the entire country just dropped everything that they were doing and made themselves comfortable in front of their respective television screens. Unlike the past few India-Pakistan clashes, this match had all the ingredients that can set the adrenaline soaring high.