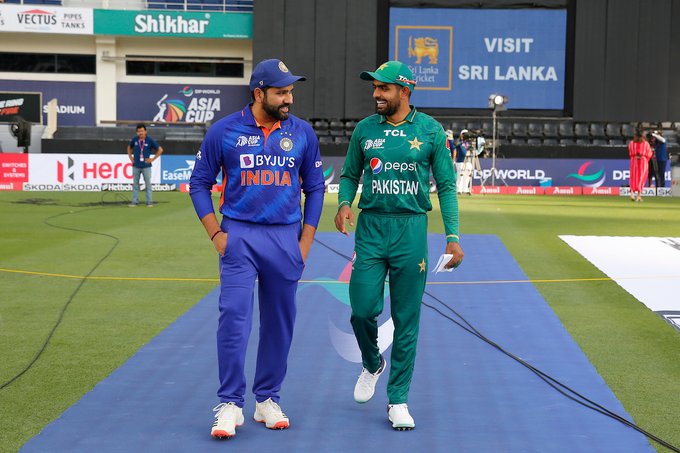 But this time, the result was in Pakistan’s favour, defeating India by five wickets with a ball to spare in a thrilling Super Four match at the Dubai International Stadium. If it was India, who had aced a chase of 148 in Group A match, it was Pakistan’s turn to chase down 182 in the Super Four match.

IANS has a look at the reasons which played a part in India losing their first match of Asia Cup 2022: –

A whirlwind 54-run opening partnership between Rohit Sharma and KL Rahul, with Virat Kohli looking good, it was the perfect platform for India to double the score on a pitch and inch to getting 200, especially in Dubai which has got an overwhelming reputation to make life easier for chasing sides.

Hardik Pandya punched a cross-seam ball from Mohammad Hasnain straight to a forward diving short mid-wicket to depart for a two-ball duck. Though Kohli and Deepak Hooda (16 off 14 balls) got some big hits in the end, it was too little, too late for India with the middle order not coming to the party as Pakistan conceded just 88 runs in the last ten overs.

Sunday’s Super Four match against Pakistan was an occasion where India looked clueless and were put in a what to do situation with Nawaz’s promotion to number four. After his tight spell of 1/25 in four overs with an economy rate of 6.25 apart from taking catches of Pandya and Hooda, Nawaz played a brilliant knock which left India rattled.

Leg-spinners Yuzvendra Chahal and Ravi Bishnoi had taken out Fakhar Zaman and Babar Azam cheaply. But Nawaz, sent to bat at number four to counter them, hit six fours and two sixes in a quick 20-ball 42 to give Pakistan’s chase much-needed impetus.

He began by cutting Chahal past short third man for four. He then clobbered Pandya over long-on for a much-needed six and slog-swept Bishnoi for six over mid-wicket. Nawaz was brutal against pacers too, hammering Arshdeep Singh down the ground and slammed fours off Pandya through cover and over the keeper’s head.

He capitalised on Chahal’s loose deliveries by placing fours through leg-side. But it was his game against spin which got the tide in favour of Pakistan, smacking 22 runs off nine balls at a whopping strike-rate of 244.44.

Though Mohammad Rizwan’s anchor role and a knock of 71 was crucial in Pakistan’s win, Nawaz was the driving force of the five-wicket victory with his all-round show. Unsurprisingly, he was adjudged Player of the Match.

As Rohit Sharma and KL Rahul gave India a blazing start with 54 run-opening stand in five overs, Pakistan needed their spinners, Nawaz and Shadab, to stem the run flow. They exactly did that. Nawaz conceded just 25 in four overs, including the fifth over in the powerplay and took out a dangerous Suryakumar Yadav too.

Shadab varied his line and length well to not conceded sixes in his spell of 2/31, including a superb five-run 16th over. He also took out Rishabh Pant and Deepak Hooda in his four overs to delay the Indian acceleration.