Asymptomatic people not responsible for spreading Covid as thought: Study 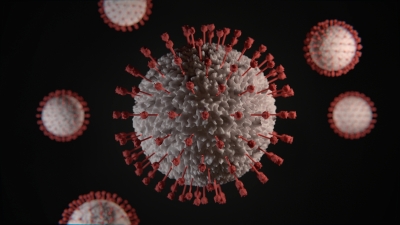 Turns out that fears about asymptomatic Covid spread were overblown. A novel study has claimed that people infected with SARS-CoV-2 but had no symptoms are two-thirds less likely to pass virus to others.

Asymptomatic people were feared to be silent spreaders of Covid pandemic, which has so far claimed six million lives, and almost 15 million excess mortality.

But a review of 130 different studies, published in the open access journal PLOS Medicine, found that the proportion of asymptomatic infection were 50 per cent or lower in most studies.

“If both the proportion and transmissibility of asymptomatic infection are relatively low, people with asymptomatic SARS-CoV-2 infection should account for a smaller proportion of overall transmission than pre-symptomatic individuals,” Diana Buitrago-Garcia of the University of Bern, Switzerland and her team wrote in the paper.

The team included 130 studies, with data on 28,426 people with SARS-CoV-2 across 42 countries, including 11,923 people defined as having asymptomatic infection. An estimated 14-50 per cent of infections were asymptomatic.

The results showed that the secondary attack rate – a measure of the risk of transmission of SARS-CoV-2 – was about two-thirds lower from people without symptoms than from those with symptoms.

However, the team also cautioned that “when SARS-CoV-2 community transmission levels are high, physical distancing measures and mask-wearing need to be sustained to prevent transmission from close contact with people with asymptomatic and pre-symptomatic infection.”