Aus Open: Nadal Crashes Out In Second Round 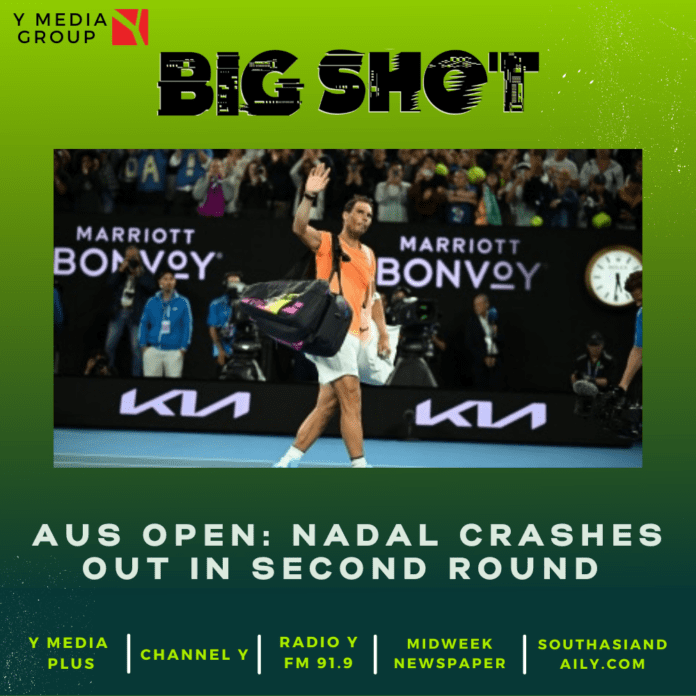 Reigning men’s singles champion Rafael Nadal crashed out of the Australian Open in the second round. The 22-time Grand Slam winner was labouring with injury in a straight-sets loss to American Mackenzie McDonald at Rod Laver Arena on Wednesday.

Nadal was trailing 4-6, 3-5 when he took a medical time-out after moving to his left to chase a forehand and pulled up in pain with an apparent upper left leg injury.

The 36-year-old Spaniard returned to play out the match but he was clearly not 100 per cent physically fit for the rest of the match and McDonald wrapped up the win 6-4, 6-4, 7-5 in two hours and 32 minutes.

McDonald did not shy away from Nadal’s forehand and the Spaniard was not able to consistently put the World No. 65 on the back foot. The American hit 42 winners to just 22 unforced errors to earn the biggest win of his career.

“I’m really happy with how I started that match. I thought I was playing really well, serving great, returning well too. I was really taking it to him,” McDonald said after the match. “It was actually pretty tough to stay mentally engaged a little bit there, but I found a way to just pull it out, so I’m happy.”

“He’s an incredible champion. He’s never going to give up, regardless of the situation. Closing it out against a top guy like that is always tough.”

McDonald will face the winner of Wednesday’s match between Japanese 31st seed Yoshihito Nishioka and Czech qualifier Dalibor Svrcina in the third round on Friday.