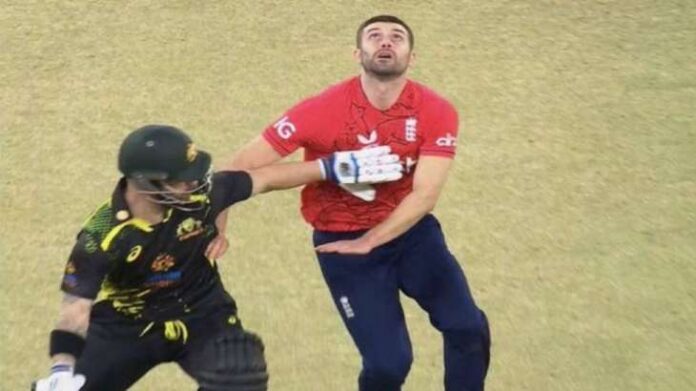 In the first game of the three-match T20I series, England defeated Australia by eight runs. Batting first, England scored 208 runs for the loss of six wickets. On the other hand, Australia managed to score only 200 runs in the stipulated 20 overs. After an incident that took place during the match, Australia’s wicket-keeper batsman Matthew Wade was criticized.

During Australia’s innings in this match, Matthew Wade allegedly stopped England bowler Mark Wood from taking a catch on his own shot. In the 17th over, Wade played a shot and the ball went very high in the air. Wood had a chance of catching the ball but couldn’t do it. As Wood ran to catch the ball, Wade was seen putting his hand in front of him.

Share
Facebook
Twitter
Pinterest
WhatsApp
Previous article
‘I hit sixes effortlessly and not many can do that,’ says Ishan Kishan following match-winning 93 vs SA
Next article
IND vs SA, 2nd ODI: Powered by Shreyas and Ishan, India win by 7 wickets to level series