‘Avatar: The Way Of Water’ Gets Best VFX; ‘RRR’ Loses Out 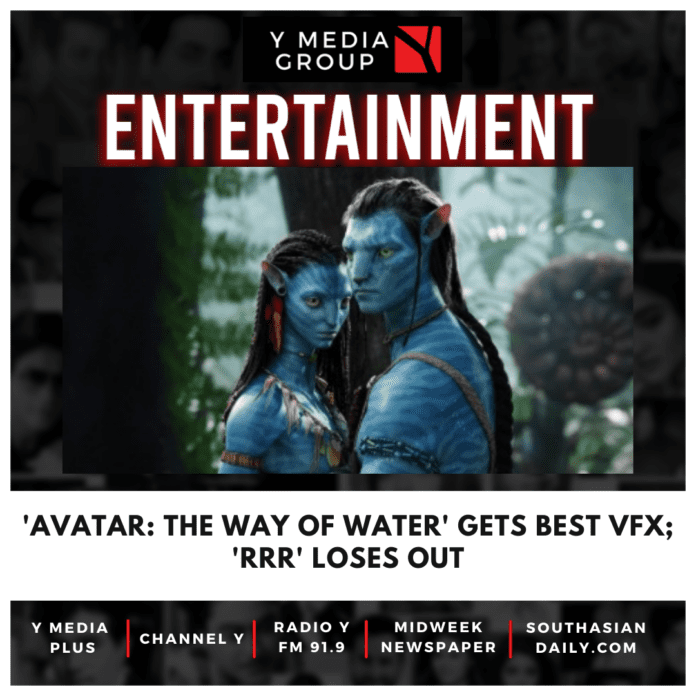 According to ‘Variety’, ‘Avatar: The Way of Water’ by Cameron took home the Best Visual Effects honour.

Others nominated in the category included “The Batman”, “Black Panther: Wakanda Forever”, “Everything Everywhere All at Once”, “RRR” and “Top Gun: Maverick”.

‘Avatar: The Way of Water’ is the sequel to the 2009 film Avatar and the second installment in the Avatar film series. Cast members Sam Worthington, Zoe Salda�a, Stephen Lang, Joel David Moore, CCH Pounder, Giovanni Ribisi, Dileep Rao, and Matt Gerald reprise their roles from the original film, with Sigourney Weaver returning in an additional role.