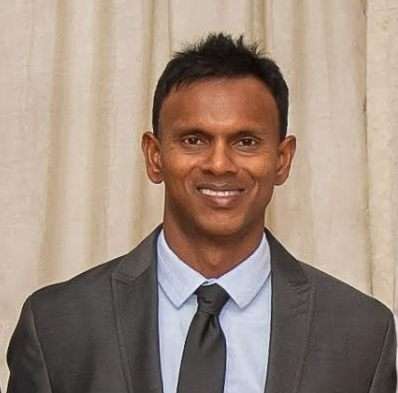 Expressing his gratitude after his induction in the ICC Hall of Fame, Chanderpaul said, “I am
extremely honored and very humbled to receive this very prestigious honor. I do so on behalf of my
family who supported me all my life, my teammates who encouraged me and helped me, the many
supporters around the world, and the loyal fans of West Indies cricket who I played every magical
moment for. From the first moment I stepped onto the field in my West Indies cap, I knew what my
responsibility was, and I always knew I had to give my 100 percent. I enjoyed every moment of my
time.
“When I was a boy growing up in Guyana with that over-sized bat in my small hands and you told me
I would make it into the ICC Hall of Fame, I would have said ‘you’re mad!’. Never ever in my wildest
dreams did I think I would make it this far. But I did dream big. And this honor here shows that your
dreams, when combined with hard work and dedication, can come true. Your hard work can take
you places you never imagined.
“Today I am proud, as I join a list of the game’s elite who represent the best of all time. I receive this
ICC Hall of Fame award with humility and hope that what I achieved for West Indies and what I did
on the field will inspire a new generation of young cricketers to always dream big and always give
their 100 per cent,” said Chanderpaul, one of the finest gentlemen the game has ever witnessed.
The only West Indian cricketer after Brian Lara to have scored more than 10,000 Test runs,
Chanderpaul is mostly recognized for his unique stance and dogged determination while batting.
Making his debut as a 19-year-old in 1994 till he called it quits as a 41-year-old in 2015, Chanderpaul
has scored 11,867 runs in 164 Tests with a batting average of 51.37 and a highest score of 203 not
out. There have been many instances when he has single-handedly retrieved West Indies’
plummeting fortunes and that he has done in all three formats of the game, both as the captain of
the side and as a lower middle order bat. In 268 ODIs, Chanderpaul has scored 8778 runs with an
average of 41.60 and a highest score of 150. He didn’t play too many T20s but, in 81 matches he
scored 1576 runs with an average of 23.52 and strike rate of 105.77. His highest T20 score was 87
not out. With his slow leg-break, he has also picked 9 Test and 14 ODI wickets in his career.

Chanderpaul holds some unique records which shows his temperament and the price he puts on his
wicket. Chanderpaul has been involved in 771 partnerships in Test, the most by any player, during
which he batted with 83 different partners, which is also the highest than any cricketer ever. During
his Test career, Chanderpaul watched 507 dismissals of his batting partners from the other end, the
most by any batsman. Another highlight of his batting career is when he batted for more than 1000
minutes in a Test match on four different occasions, the highest being 1513 minutes.
A wonderful cricketing brain, Chanderpaul shifted his focus to coaching in 2016 after his retirement
and in 2020 launched the Chanderpaul Cricket Academy along with multi-discipline coach and USA
Cricket Hall of Famer Mr Jatin Patel. This year, in his first season as the coach of Jamaica Tallawahs,
he earned the rare distinction of taking the team all the way to the championship title. The year
2022 has been a good year for Chanderpaul and as the head coach of the USA Women’s Under-19
Team, he led the team to the West Indies Zonal tourney where the USA U-19 girls finished
undefeated in the six-team tourney. The icing on the cake this year was when his son Tagenarine
Brendon Chanderpaul got his maiden call to represent West Indies in the two-match Test series
against Australia later in the year.
Shivnarine Chanderpaul has earned many laurels during his playing career, and that includes the Sir
Garfield Sobers Trophy for ICC Cricketer of the Year, Wisden Cricketer of the Year, and the WICB
West Indies Player of the Year to name a few. Now as a coach, he has already started making an
impact. But, knowing the tenacity of Shivnarine Chanderpaul and his discipline, dedication, and
determination to succeed, this is just the beginning of yet another glittering career for one of the
finest ever to have played the game and more than that, an amazing human being.
(This article is written by Ajit Bezbaruah)