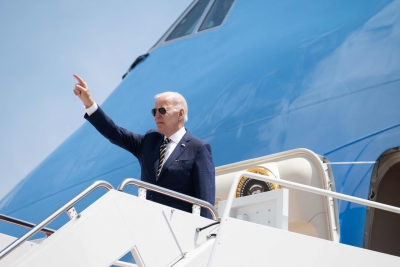 US President Joe Biden and First Lady Jill Biden were briefly evacuated from their beach house on Rehoboth Beach in the state of Delaware after a small plane entered the restricted airspace nearby.

“There was no threat to the President or his family.”

They “are now back at their residence”, the official added.

A spokesperson for the US Secret Service said on Saturday afternoon that “a privately owned aircraft entered the restricted airspace over Rehoboth Delaware after mistakenly entering a secured area” shortly before 1 p.m.

“The aircraft was immediately escorted out of the restricted airspace,” the spokesperson said in a statement.

The US Secret Service will be interviewing the pilot, the statement added.

The Bidens will return to the White House on Sunday.