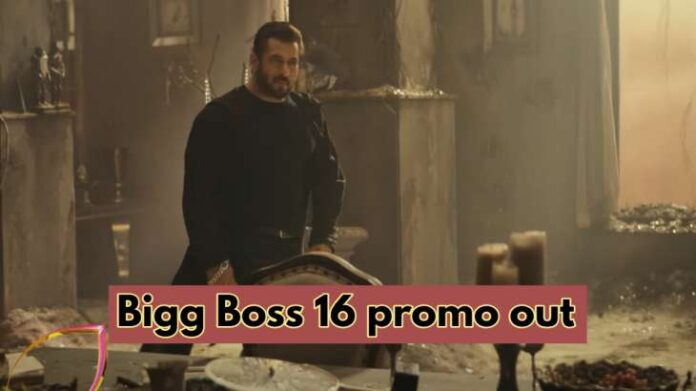 It is an exciting Sunday for the fans of the reality show Bigg Boss who have been eagerly waiting for the update about its new season as the first promo of the show has been unveiled. Featuring Salman Khan as the host of the show, the new season will be loaded with unexpected twists and turns. The teaser of the show has captivated the attention of the viewers as it hints toward massive changes. Sharing the first promo video, the makers wrote, “Inn 15 saalon mein sabne khela apna apna game, lekin ab baari hai Bigg Boss ke khelne ki. Dekhiye #BiggBoss16 jald hi, sirf #Colors par!”