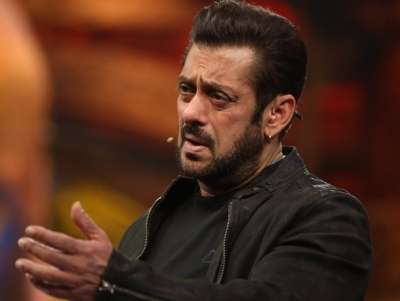 In the upcoming Weekend Ka Vaar episode of ‘Bigg Boss 16’, housemates will be punished for their sins through a task called ‘Paap Ka Ghada’. The housemates must confess who has sinned the most in the house according to them.

The one they pick must be doused with black water. All the pent-up tension comes to the fore in this task as contestants spill the beans in the most explosive way. It will be interesting to watch if there are any non-sinners in the house.

Right after this task, Tina Datta finds out that her close friend Shalin Bhanot has badmouthed her to Soundarya Sharma. She contends that she is being used by Shalin, who has earned a reputation for being fake. Shalin justifies the badmouthing by saying that he was very upset, however, Tina maintains that she has never spoken ill of him even after he betrayed her.

Salman Khan’s vaar doesn’t sit well with Shalin Bhanot, who is questioned for yelling at Archana Gautam during a huge kitchen fight. The star reasons that many people contributed to the fight, and it surprised him that only Archana was being reprimanded.

Shalin explains that he is done with Archana dropping personal remarks. His frustration about dealing with Archana is crystal clear just as the tension between host Salman and Shalin as they discuss the mudda. Find out the conclusion of this sensational issue in tonight’s episode.

Shalin is not the only one to get an earful from Salman. The host has a one-on-one conversation with Archana, who’s admonished for being a motor mouth and instigating contestants with personal remarks. Salman makes it abundantly clear that she can be evicted from the house owing to her rash behaviour.