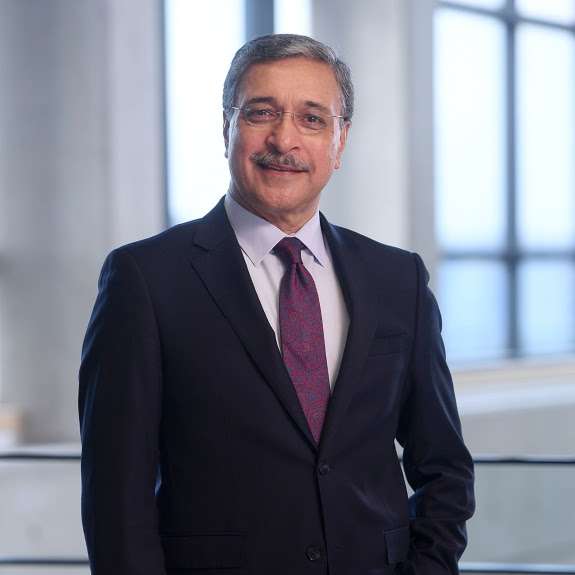 President and Vice-Chancellor of Dalhousie University takes the helm as the 18th Principal of McGill University on April 1, 2023

The Board of Governors of McGill University is pleased to announce the appointment of Prof. H. Deep Saini as the University’s 18th Principal and Vice-Chancellor. He will begin his five-year, renewable term on April 1, 2023.

Prof. Saini was chosen by a unanimous vote of the Board of Governors, following a recommendation of an Advisory Committee formed to lead an extensive, international search.

A trusted and respected leader whose Canadian experience includes working at four of the top 15 research-intensive universities of the country, Prof. Saini has a keen understanding of Quebec culture, having lived close to two decades in Montreal. He is fluent in four languages, including English and French. He held national and international governance and advisory roles, including on the Executive Committee of the U15 Group of Canadian Research Universities, and the Board of Directors of Universities Canada, where he currently serves as Vice-Chair and will begin his term as Chair in 2023.

“Prof. Saini brings to McGill an exceptional breadth and depth of leadership experience, from Dalhousie, several other research-intensive universities in Canada and abroad,” says Maryse Bertrand, Chair of McGill’s Board of Governors. “He exemplifies the rare mix of strong academic leadership with a wide-ranging and international perspective. He is the perfect choice for McGill as it embarks on its third century.”

“I am honoured and humbled to have been chosen as McGill’s next Principal and Vice-Chancellor,” says Prof. Saini. “Already a leader on the national and international stage, McGill is entering its third century poised to take its global impact even further. I am looking forward with great anticipation to returning to Montreal, joining this illustrious community, and making a bold contribution to the University’s most promising future.”

Prof. Saini’s distinguished career has earned him several awards and recognitions, including honours from the Canadian Society of Plant Physiologists, Nanjing University, the Royal Society of New South Wales, the Punjab Academy of Sciences, and the Indo-Canada Chamber of Commerce. He is also the recipient of the Queen Elizabeth II Platinum and Diamond Jubilee Medals, in recognition of his service to education and Canada.

The University extends a heartfelt thanks to the Chair of the Board for leading this process, the Chancellor and all other members of the Advisory Committee for their many months of hard work and dedication. “I am grateful to all members of the University community, both internally and externally, who participated in this process and provided valuable input”, says Board Chair Bertrand.

For further details about the selection of the 18th McGill University Principal and Vice-Chancellor, including the membership of the Advisory Committee, the search criteria and the phases of the selection process, please visit https://www.mcgill.ca/secretariat/advisory/principal-and-vice-chancellor.