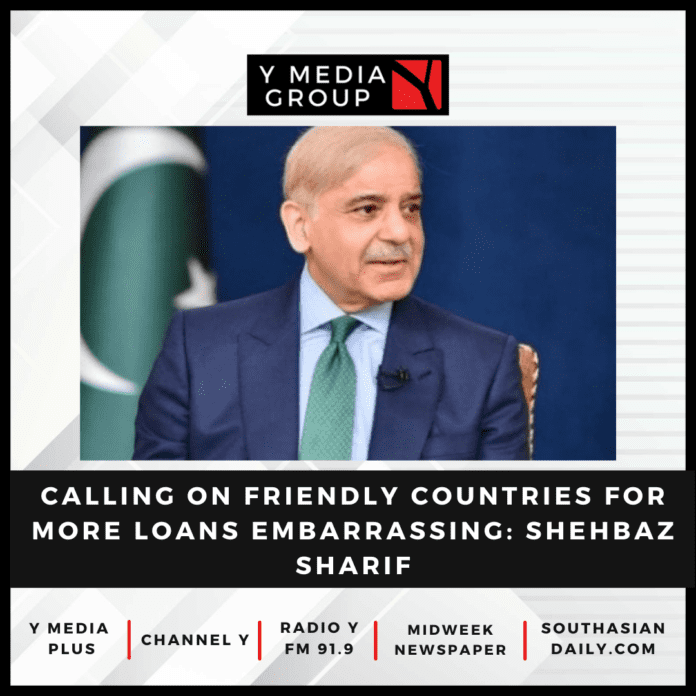 Expressing regret over his calls for funds to friendly countries, Pakistan Prime Minister Shehbaz Sharif said on Saturday that it really embarrassed him to ask for further loans, media reports said.

Addressing the passing out ceremony of probationary officers of the Pakistan Administrative Service (PAS), Sharif said that seeking foreign loans is not the right solution to address Pakistan’s economic challenges as the loans will have to be returned, Geo News reported.

In the past, “time was wasted with the creation of chaos and protests”, he said, slamming the Pakistan Tehreek-e-Insaf (PTI), the report said.

The Prime Minister said that sustainable development goals (SDGs) could be achieved and foreign loans be avoided had their “bus could have moved at a fast pace” and on the right track.

Elaborating on his viewpoint on the economic challenges faced by the country, he regretted that during the past 75 years, different governments � whether headed by political leadership or military dictators � could not address the economic issues.

The Prime Minister maintained that during his recent visit to the United Arab Emirates (UAE), President Sheikh Mohammed bin Zayed had very graciously and affectionally announced to grant of a further $1 billion loan to Pakistan.

The PM also lauded Saudi Arabia for its financial support.

Pakistan’s central bank forex reserves have plunged to the lowest level since February 2014 after a decline of 22.11%, posing a serious challenge for the country in financing imports.

The country — with an economy of Rs 350 billion — is in dire need of foreign aid to reduce its current account deficit as well as ensure enough reserves to meet its debt obligations.

Pakistan’s economy has crumbled alongside a simmering political crisis, with the rupee plummeting and inflation at decades-high levels, but devastating floods and a global energy crisis have worsened the situation, Geo News reported.