Canada Confirms 112 Cases Of Monkeypox, All Of Them Among Men 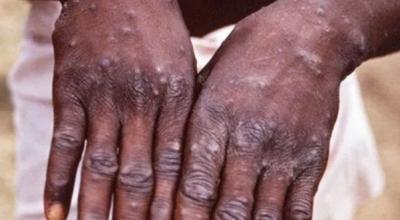 Chief Public Health Officer of Canada Theresa Tam confirmed a total of 112 cases of monkeypox in the country.

Speaking at a health briefing, Tam said that these confirmed cases had been reported nationally, including one case in British Columbia, four in Alberta, nine in Ontario and 98 in Quebec, reports Xinhua news agency.

“The National Microbiology Lab, or NML, is also performing confirmatory testing on a number of other suspected cases. Therefore, we are preparing for more confirmed cases in the coming days and weeks,” she said.

The Officer said that among the cases for whom information is available, ages ranged from 20 to 63 and all cases to date are male, and this virus can “spread to anyone” through close contact with an infected person.

According to her, the National Advisory Committee on Immunization, or NACI, on Friday released new recommendations for the use of Imvamune, a Health Canada approved vaccine for immunization against monkeypox.

NACI recommends that a single dose of Imvamune may be offered to individuals with high-risk exposures of a probable or confirmed case of monkeypox, or within a setting where transmission is happening, ideally within four days of exposure.

Monkeypox is a sylvatic zoonosis that may cause infections in humans and the disease usually occurs in forested parts of Central and West Africa.

It is caused by the monkeypox virus which belongs to the orthopoxvirus family, according to the World Health Organization.