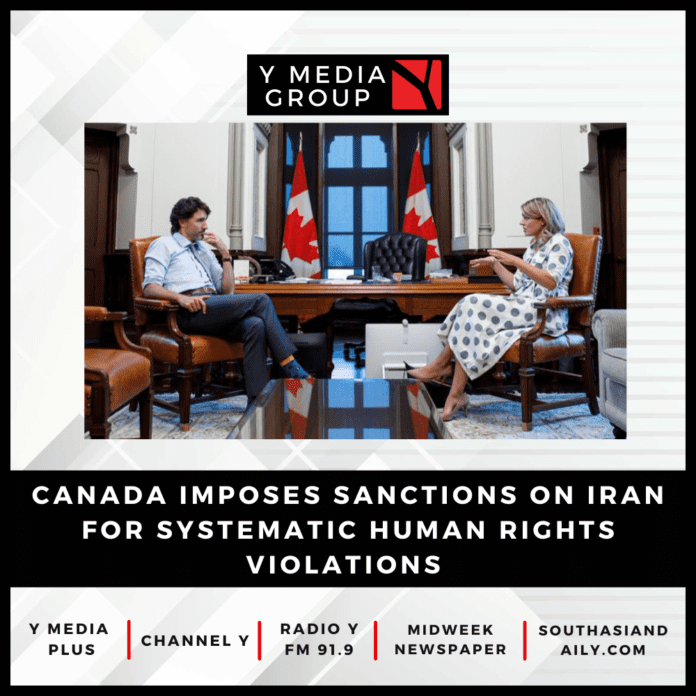 The Honourable Mélanie Joly, Minister of Foreign Affairs, today announced that Canada is imposing new sanctions under the Special Economic Measures (Iran) Regulations. These sanctions are in response to gross human rights violations that have been committed in Iran, including its systematic persecution of women and in particular, the egregious actions committed by Iran’s so-called ‘Morality Police,’ which led to the death of Mahsa Amini while under their custody. Iran’s continued grave and ongoing breaches of international law are well known and documented, including its blatant disregard for human life. Canada will always stand with Iranians and the victims of this regime, including with the families and loved ones of the victims of the downing of Flight PS752.

These new measures build on the Government of Canada’s existing sanctions regime and lists 25 individuals and 9 entities. Among the individuals and entities listed are senior Iranian officials and prominent entities that directly implement repressive measures, violate human rights and spread the Iranian regime’s propaganda and misinformation.

These measures prohibit dealings related to the listed individuals and entities, effectively freezing any assets they may hold in Canada. Individuals listed in response to gross and systematic violations of human rights are also rendered inadmissible to Canada under the Immigration and Refugee Protection Act.

These measures demonstrate Canada’s continued resolve to uphold the international rules-based order, which underpins global peace and security, and to defend and preserve human rights.

“Canada will continue to speak up and defend human rights – women’s rights—because it is the right thing to do. Our message to Iran is clear: the continued and systemic persecution of Iranian women must stop and they will be held accountable for human rights violations and blatant disregard for human life. Canada applauds the courage and actions of Iranians and will stand by them as they fight for their rights and dignity,” Minister Joly said.