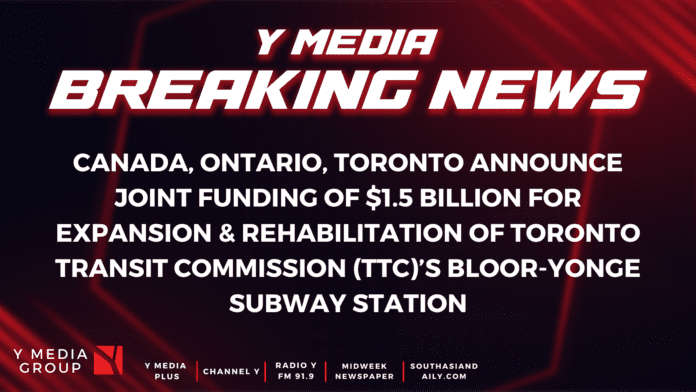 With the funding announced today, the City of Toronto will be able to expand and rehabilitate the existing subway station to improve efficiency and capacity and reduce overcrowding during rush hours. Work will include the construction of a second platform on Line 2 for eastbound service, an expansion of the Line 1 northbound and southbound platforms, new elevators, escalators and stairs, and construction of a new accessible entrance and exit on Bloor Street East.

Once complete, this project will increase the station’s capacity and accessibility. These improvements will enable more Greater Toronto and Hamilton Area (GTHA) residents to use public transit to get to and from their destination, reduce gridlock on our roads, and help the TTC accommodate a projected growth in ridership.