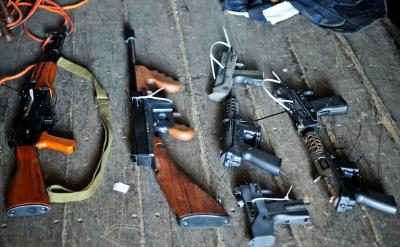 “No single programme or initiative can tackle the challenge of gun violence on its own. That is why the ban and buyback are two of the many elements in the government’s comprehensive plan to keep Canadians safe,” Xinhua news agency quoted Mendicino as saying in a statement, while welcoming the opinions and insights of firearms owners on the proposed list, from now until August 28 of this year.

“Put simply, assault-style firearms, like the AR-15, do not belong in Canada. By design, their purpose is to kill as many people as possible, which is why our government took the bold step of banning them from our country, once and for all,” the Minister said.

The proposed price list represents another step towards getting these dangerous firearms out of Canadian communities while ensuring current firearms owners are compensated fairly, he said.

Since 2020, Canada has banned more than 1,500 models and variants of assault-style firearms and promised to launch a buyback programme and provide compensation to owners and businesses impacted by the May 1, 2020 prohibition.

It is based on market price and will be finalised in the coming months, the statement said.

According to the statement, it will be mandatory for individuals to participate in the buyback programme, have their assault-style firearms rendered inoperable at the government’s expense, or otherwise lawfully disposed.

An Amnesty Order is in place until October 30, 2023, to protect lawful owners of now prohibited firearms from criminal liability while they take the necessary steps to comply with the law.