Canada To Send $25m In Additional Aid For Pakistan Floods 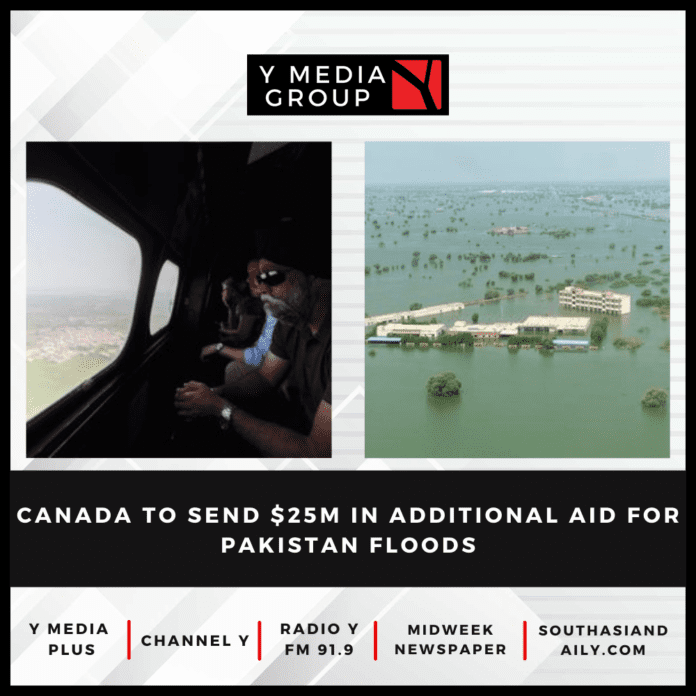 Pakistan has experienced its worst flooding in recent history, and Canada will continue to be there to help the people of Pakistan by supporting the humanitarian response to the crisis, as well as longer-term development needs.

The funds, raised through the generosity of Canadians, will help the Humanitarian Coalition and its members deliver life-saving services, such as emergency food and nutrition assistance and emergency cash and vouchers, as well as necessary water, sanitation and health services.

Prime Minister Trudeau also announced that Canada will allocate an additional $25 million of funding in response to the impact of flooding in Pakistan, and to support development projects in the country.

The Honourable Harjit S. Sajjan, Minister of International Development and Minister responsible for the Pacific Economic Development Agency of Canada, is concluding a visit to Pakistan where he observed the humanitarian response underway firsthand, gaining a better understanding of what the people of Pakistan are going through.

Minister Sajjan announced a $20 million contribution to the Global Polio Eradication Initiative (GPEI), via the World Health Organization and UNICEF, to support polio eradication efforts in Pakistan. This contribution is part of Canada’s ongoing $190 million commitment to the GPEI.

Pakistan has experienced heavy monsoon rains and flooding since mid-June, causing the deaths of more than 1,300 people and affecting the lives of 33 million across the country. More than 6 million people are estimated to be in need of assistance. Hundreds of thousands of houses have been destroyed. Livelihoods, livestock and crops are also being severely affected.