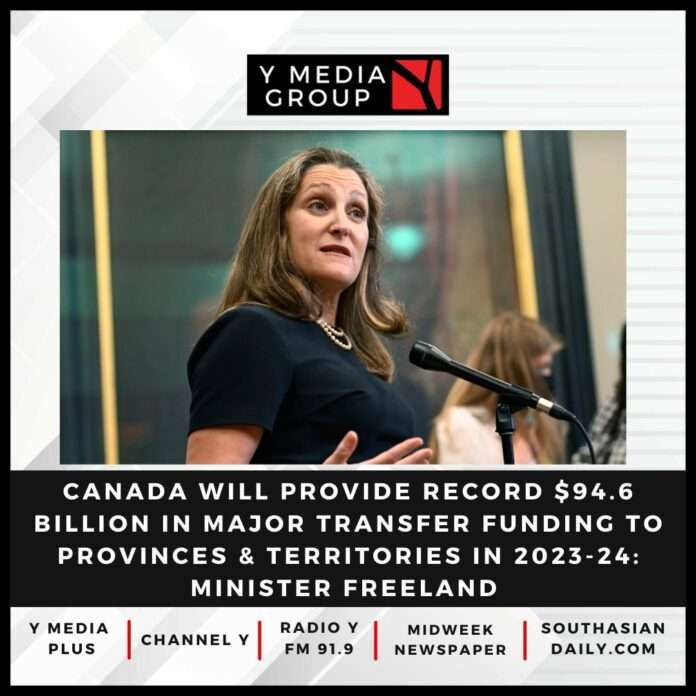 The Honourable Chrystia Freeland, Deputy Prime Minister and Minister of Finance, announced the Government of Canada will provide a record $94.6 billion in major transfer funding to provinces and territories in 2023-24. This represents an increase of $7 billion from 2022-23. All provinces and territories will receive a year-over-year increase in major transfer amounts.

The Canada Health Transfer (CHT) continues to account for more than half of major transfer payments. The CHT grows in line with the Canadian economy and, as a result of Canada’s strong recovery from the COVID-19 pandemic recession, will increase by 9.3 per cent to $49.4 billion. This funding, allocated equally per capita, supports provinces and territories in providing Canadians with the health services they need.

In addition to these major transfer programs, federal support to provincial and territorial governments includes $11 billion over 10 years, which began in 2017-18, to improve access to mental health and addiction services; $27 billion over five years for a national system of early learning and child care; and $2.4 billion in 2023-24 (indexed at 2 per cent every year) for municipalities through the Canada Community-Building Fund.