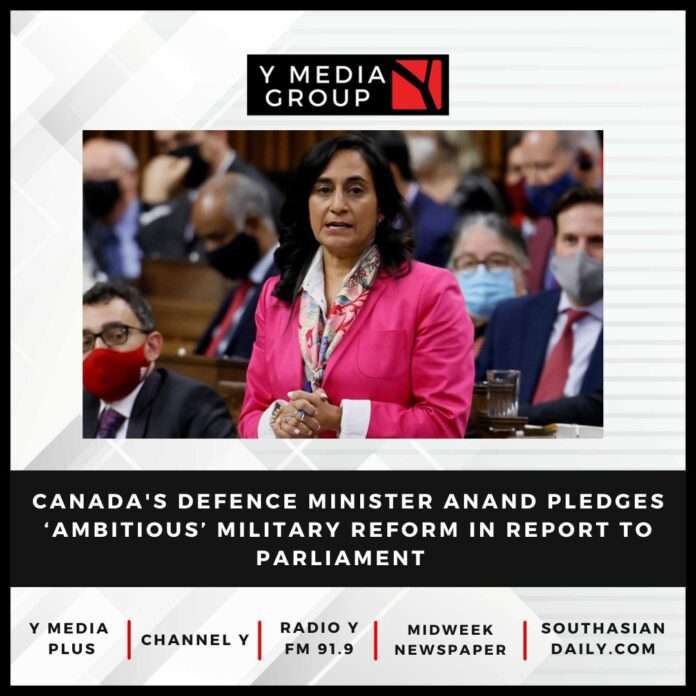 Defence Minister Anita Anand tabled a report in Parliament that outlines the reforms that will be implemented to address each one of Madame Arbour’s recommendations.

Madame Arbour’s recommendations range from issues such as the CAF’s definitions of sexual misconduct and harassment, to the mandate and responsibilities of the Sexual Misconduct Response Centre (SMRC) to the jurisdiction of the CAF over a number of criminal sexual offences, to issues around recruitment, military training and colleges, and internal and external oversight mechanisms.

One of Madame Arbour’s recommendations, Recommendation 5, calls for the removal of criminal sexual offences from the jurisdiction of the CAF – both prosecutorial and investigative (with some exceptions) – stating that such cases should be investigated by civilian police forces at the earliest opportunity, and that they should be prosecuted exclusively in civilian criminal courts.

As stated in her report, Minister Anand has directed DND/CAF to implement Recommendation 5. As such, the Minister has asked DND/CAF to present options regarding how such jurisdictional change can occur, and to do so in consultation with federal, provincial, and territorial partners and other actors. The Minister has also further directed that the implementation of this recommendation address potential issues such as: the capacity for civilian police services to investigate historical cases; Canada’s obligations under international law; the ability of civilian authorities to investigate cases outside of Canada (including civilian police force capacity to deploy to conflict zones); and discrepancies in providing victims’ services between the civilian and military justice systems, among other things.

Since receiving Madame Arbour’s report in May, a series of other recommendations have been implemented, or are in the process of being implemented. For example, in October 2022, Minister Anand announced the appointment of Jocelyne Therrien as the External Monitor. Madame Therrien’s appointment and terms of reference, which require her to oversee DND/CAF’s efforts to address Madame Arbour’s other recommendations, satisfied Recommendation 48, and will provide crucial oversight going forward. In addition, changes to promotion and selection processes, beginning with those for general and flag officers, are underway. The SMRC has expanded its reach and services. And work to transfer the investigation and prosecution of Criminal Code sexual offence cases from the military justice system to the civilian justice system, per Madame Arbour’s interim recommendations in the fall of 2021, is continuing.

The need for meaningful culture change is clear. While progress has been made, much work lies ahead. As we move forward, openness and transparency will be crucial. This means that DND/CAF will continue to offer regular public briefings to parliamentarians and stakeholders on the progress that is being made, so that Canadians can hold those responsible for change to account.

Minister Anand is grateful to Madame Arbour and her team at Borden Ladner Gervais for their months of tireless work to produce their report which provides clear, transformative recommendations for reform. The Minister is grateful to DND/CAF members who spoke with Madame Arbour and her team – especially those who courageously shared their difficult experiences. Their initiative will help deliver a better institution for the next generation of sailors, soldiers, aviators, special forces, and defence civilian employees. Progress is necessary, possible and achievable and we must work towards it together.