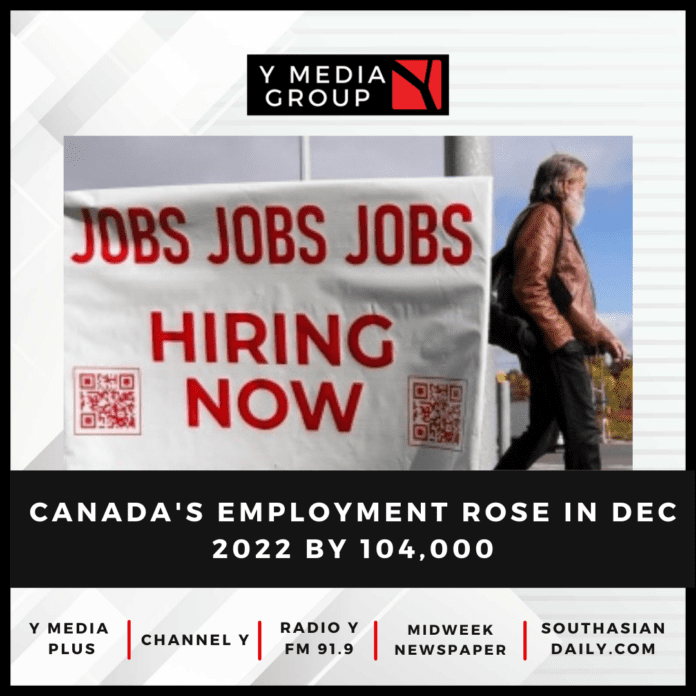 Canada’s employment rose by 104,000 in December 2022 and the unemployment rate declined to 5 per cent, the national statistical agency said.

Statistics Canada said the number of employees increased in the private sector, while it held steady in the public sector, reports Xinhua news.

There were broad-based employment gains across several industries, including construction, as well as transportation and warehousing.

The unemployment rate declined 0.1 percentage point and this was the third decline in four months and left the rate just above the record low of 4.9 per cent reached in June and July, the agency said.

According to the agency, year-over-year growth in the average hourly wages of employees remained above 5 per cent for a seventh consecutive month in December, up 5.1 per cent to C$32.06 .

Total hours worked were little changed on a monthly basis in December, and up 1.4 percent compared with a year earlier.

In the context of elevated cases of influenza and other respiratory viruses, 8.1 per cent of employees were absent in December due to illness or disability, up from 6.8 percent in November.

This was higher than the pre-pandemic average of 6.9 per cent recorded in the month of December from 2017 to 2019, but below the record high of 10 per cent set in January 2022, when the Omicron variant of Covid-19 was spreading across the country, Statistics Canada said.