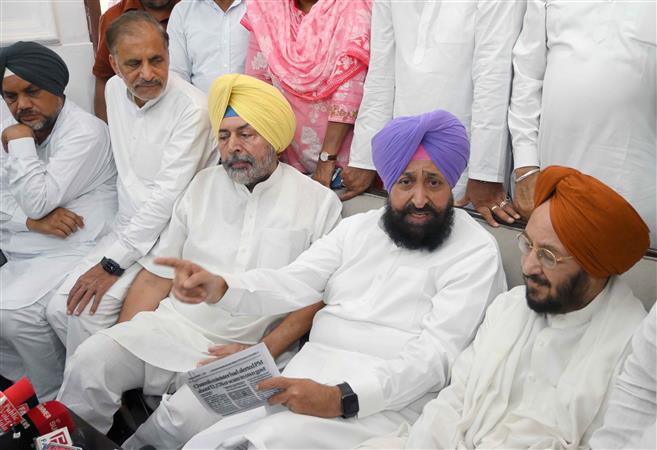 Patiala: Accompanied by Congress leaders from Patiala, once considered close to former CM Capt Amarinder Singh, Leader of the Opposition Partap Singh Bajwa today demanded a Vigilance probe into the tenure of the former CM when funds meant for schemes were allegedly misused.

Bajwa challenged CM Bhagwant Mann to initiate a probe against Capt Amarinder Singh “instead of targeting former MLAs of the Congress” for political mileage. “If Mann is serious about wiping out corruption from Punjab, he should hand over all probes into misuse of funds during Capt Amarinder’s tenure to the VB,” said Bajwa. “Only a time-bound Vigilance probe can reveal the actual misuse of funds worth hundreds of crores during the regime of the former Congress leader. Our party MLA had also raised the issue of corruption during that tenure, which needs to be probed,” he said.