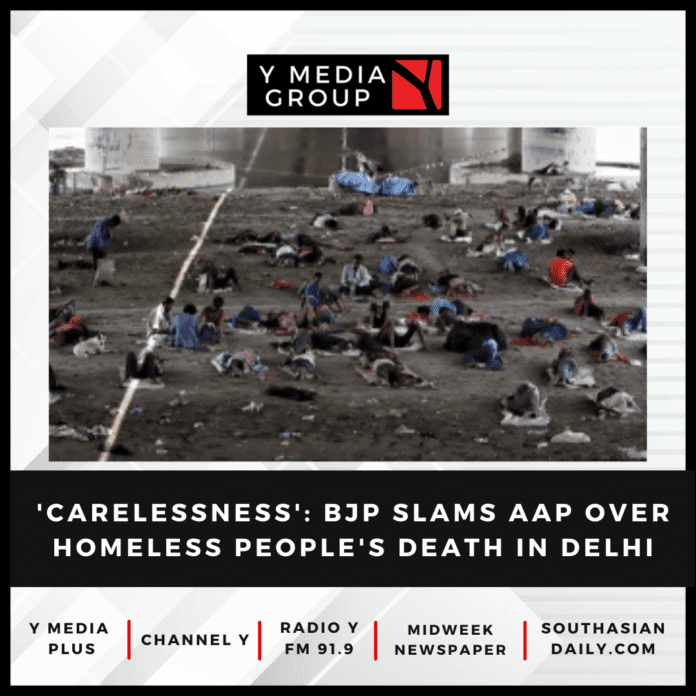 Criticising the Aam Aadmi Party (AAP) for the death of 162 homeless people in the national capital in December, the Delhi unit of Bharatiya Janata Party (BJP) on Saturday said the deaths happened due to carelessness of the Arvind Kejriwal-led government.

The party said the deaths are not just only a matter of shame but also an “unforgivable crime of the government”.

The strict action taken by the L-G against the Delhi Urban Shelter Improvement Board (DUSIB) chief and other officials regarding the shortage of ‘Rain Baseras’ (shelters) clearly shows that there is huge corruption in DUSIB, the BJP alleged.

Addressing a press conference, Delhi BJP General Secretary Harsh Malhotra said it is a matter of regret that despite the tall claims of the Arvind Kejriwal government, it is clear from the data available on the website of Delhi Police and a leading NGO working for the homeless individuals that in the last 30 days, 162 homeless people died due to cold or hunger.

“Corruption is rampant in the Delhi government’s DUSIB department and this year, it has not only delayed the work of setting up night shelters so much that since the beginning of December, people have died continuously due to lack of facilities in the night shelters. There are reports of corruption as well in DUSIB’s work,” said Malhotra.