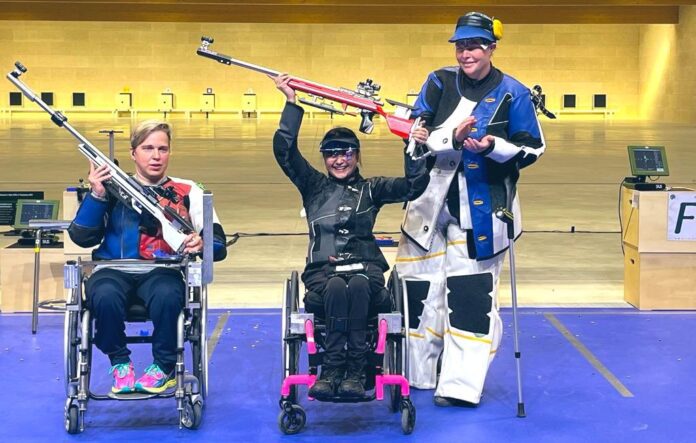 The promising shooter from Rajasthan made a slow start to the finals but quickly got back her rhythm to produce consistent shots, including over 10 scores in the last three rounds, to emerge the winner.

“Very emotional as I brought home the 2nd Gold Medal of this #WorldCup in the 50M 3P event with a score of 458.3. Couldn’t be happier!” tweeted Lekhara who claimed the bronze medal at the Paralympics in the same event. She also clinched the Paralympic gold in R2- Women’s 10m Air Rifle SH1 event, at Tokyo 2020.

Another youngster to shine on the day was Rubina Francis, who claimed her second individual medal in consecutive days. Francis settled for the bronze shooting 213.1 in the P2 – Women’s 10m Air Pistol SH1 finals, as Turkey’s Aysel Ozgan clinched the gold with a world record effort of 240.0.

However, Narwal and Singhraj missed out on medals in the individual finals finishing in the fourth and fifth places. The final was won by multiple-time Paralympic champion Yang Chao (239.6) of China.