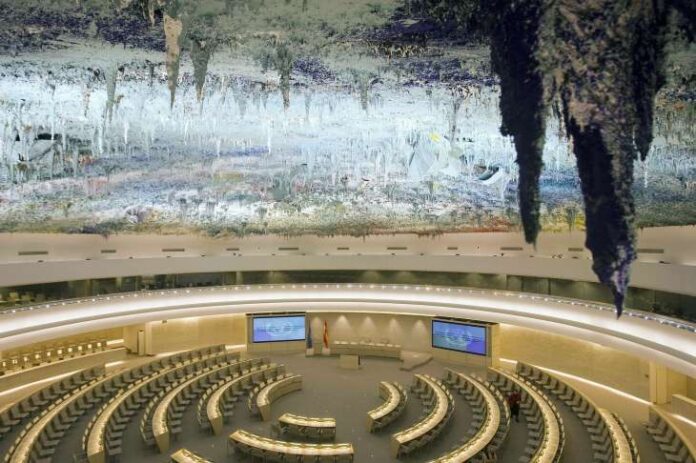 China on Saturday maintained silence on India’s abstention at the voting at the UNHRC on the human rights situation in Xinjiang, but defended its crackdown against Uygur Muslims, saying it was aimed at countering “terrorism and separatism.” China’s comments came after India abstained from voting on the Xinjiang issue at the United Nations Human Rights Council in Geneva on Thursday and a day after New Delhi for the first time called for respecting and guaranteeing the rights of people of the autonomous region.

“I have noted relevant reports. I want to stress that the issues related to Xinjiang are not about human rights. They are about countering violent terrorism, radicalisation and separatism,” Chinese Foreign Ministry spokesperson Mao Ning said, responding to a question on her Indian counterpart Arindam Bagchi’s remarks.

“Thanks to strenuous efforts, there has been no violent terrorist incident in Xinjiang for over five consecutive years,” she told a media briefing here.

Mao, however, was silent on the question seeking her reaction to India’s abstention from the voting on a resolution at the UN Human Rights Council (UNHRC) in Geneva that called for a debate on concerns over the human rights situation in Xinjiang. The draft resolution on “holding a debate on the situation of human rights in the Xinjiang Uyghur Autonomous Region of China” was rejected in the 47-member Council after 17 members voted in favour, 19 members voted against, including China, and 11 abstentions, including India, Brazil, Mexico and Ukraine.