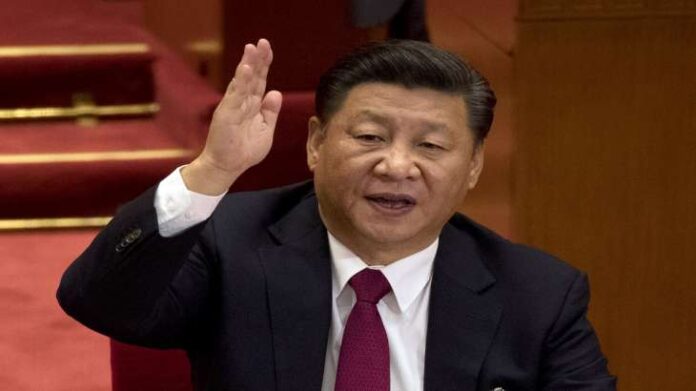 China’s ruling Communist Party is all set to amend its constitution at the next month’s key once-in-a-five-year Congress to grant more powers to President Xi Jinping besides endorsing a record third term for him to lead the country for another five years or beyond. Xi’s position is to be further elevated after the ruling Communist Party announced this week that it would amend its constitution at the upcoming national party Congress, according to analysts.

The meeting of the 25-member Politburo, the principal policy making committee of the Communist Party of China (CPC), which met last Friday, said: “it was stressed at the meeting that the 20th CPC National Congress is a convention of great significance to be held at a crucial moment”. “Under the firm leadership of the CPC Central Committee with Comrade Xi Jinping at its core, efforts should be made to unite the whole Party and all the Chinese people and lead them in building on past achievements,” the meeting said, dropping clear hints that Xi will continue to lead the party.

His continuation is regarded as a major policy change in the leadership structure as all Xi’s predecessors – except founder Mao – retired after two-five-year terms. Xi, 69, who has been conferred the “core leader” status a title enjoyed by Mao is completing his second five-year term this year. “The Party Constitution is the general charter of the CPC. Making amendments to the Party Constitution by the CPC at its 20th National Congress in line with new circumstances and missions will help the whole Party better study, abide by, implement and safeguard the dignity of this fundamental document,” an official press release issued after the politburo meeting said.

The change of constitution of the CPC set off speculation that Xi, who is the General Secretary of the party and head of the military besides the Presidency, will be bestowed with more power including the possible elevation conferring the title of the Chairman of the party, a position so far held only by Mao in the century-old party.