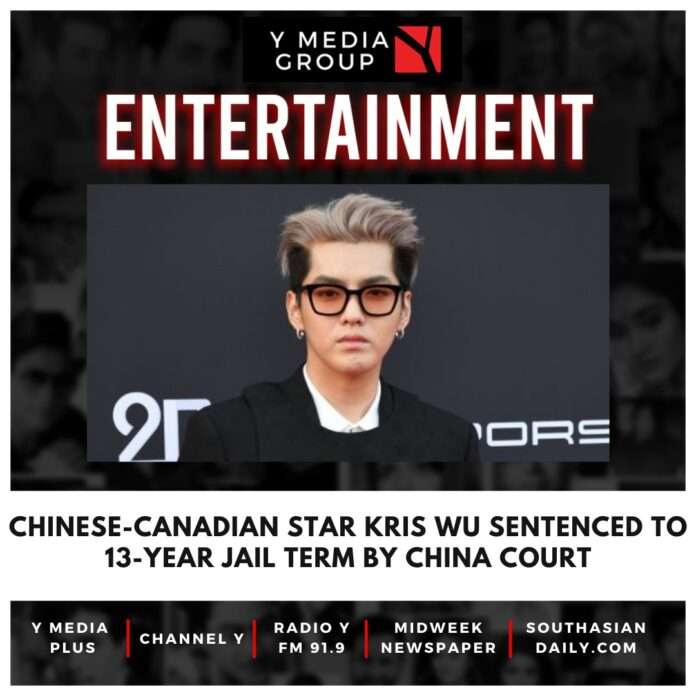 Kris Wu, the Chinese-Canadian music and acting star, was sentenced to a 13-year jail term by a Chinese court on Friday.

He was found guilty of rape and group licentiousness. The court said that he will be deported after serving his sentence. Wu was arrested and formally charged in August last year, reports Variety.

His case was heard in June in a case without media access.

Allegations against Wu were made in July 2021 by Du Meizhu, 18, a beauty industry influencer. The woman used social media to accuse the musician and actor of date-raping her while she was 17 and at a time when she was drunk.

Du later also accused him of doing the same to other young women, including two minors. (China’s age of consent is 14.)

Wu denied the charges at the time and police initially appeared to side with the star. But two weeks later, the Chaoyang District People’s Procurator in Beijing issued an official statement saying that it had approved Wu’s arrest “after investigation in accordance with the law.”

In China, the crime of rape normally incurs a sentence of three to ten years in prison, though in particularly egregious cases the sentence can run to life imprisonment or even the death penalty. Group licentiousness, defined as sex involving three or more participants over the age of 16, carries a jail sentence of up to five years.

Media reports at the time of the trial in June suggested that Wu risked a jail term of three to ten years. The 13-year sentence is longer than that and may point to aggravating factors or a decision by the court to make an example of a celebrity.

The June hearing was held behind closed doors, apparently to protect the victim’s identity. It also served to keep fans and press attention at bay for the trial of one of the country’s biggest celebrities.

Wu was born in China, but has Canadian nationality. He rose to fame as part of the Chinese-language offshoot of Korean boyband EXO, before focusing on his career in China.

The rapper became a TV fixture as a judge and mentor on shows including “The Rap of China.” In 2018, he signed an exclusive distribution deal with Universal Music.