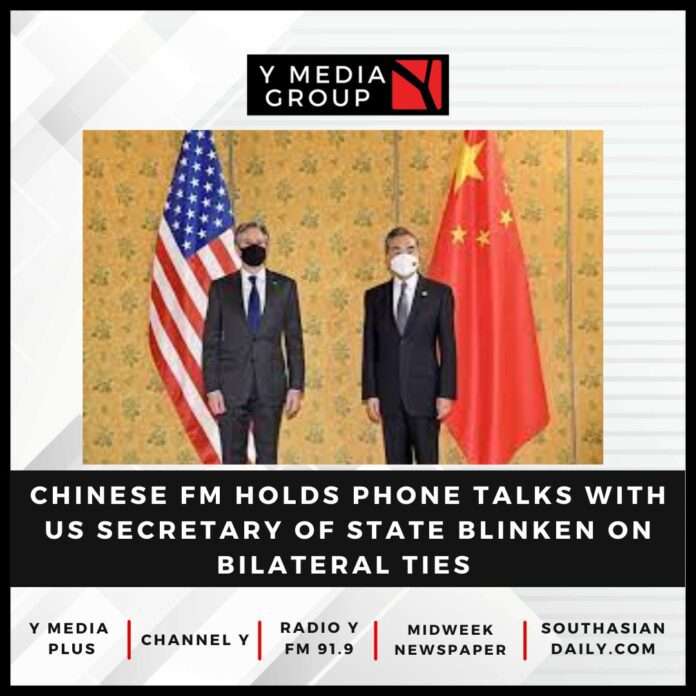 Wang said that last month, President Xi Jinping and President Joe Biden met successfully in Bali, which provided strategic guidance for steering bilateral relations out of grave difficulties and back to a healthy and stable track, sending a positive signal to the outside world, Xinhua News Agency reported.

The teams on both sides have carried out a series of contacts in accordance with the consensus of the two heads of state, which are generally beneficial, Wang said.

However, it must be noted that the US should not engage in dialogue and containment at the same time, neither should it talk cooperation, but stab China simultaneously, he said.

This is not reasonable competition, but irrational suppression. It is not meant to properly manage disputes, but to intensify conflicts. In fact, it is still the old practice of unilateral bullying, Wang said.

This did not work for China in the past, nor will it work in the future, he said, adding that China will continue to resolutely defend its sovereignty, security and development interests.

Wang stressed that the two sides should focus on translating the consensus reached by the two heads of state in their Bali meeting into practical policies and concrete actions.

Noting that the recent meeting between senior diplomats of the two countries in the Chinese city of Langfang was in-depth and constructive, Wang called on both sides to step up consultations on the guiding principles for China-US relations, advance dialogues at various levels and in various fields in an orderly manner, and resolve specific issues between the two countries through joint working groups.

The New Year should have a new outlook, Wang said, adding that it is the hope of people in both countries and around the world that China-US relations will stabilize and improve.

A zero-sum mindset will only lead to mutual attrition and head-on collision between the two major countries, Wang said, noting that what is right and what is wrong is all too clear.

The two sides should follow the direction set by the two heads of state to explore the right way for China and the United States to get along with each other as two major countries, and make due efforts for the well-being of their people and world peace and stability, Wang said.

For his part, Blinken said the US is willing to discuss with China the guiding principles for bilateral relations, manage the relationship in a responsible manner, and carry out cooperation in areas that meet the common interests of both sides.

The US continues to pursue the one-China policy and does not support “Taiwan independence,” he said.

The US lauds China’s leadership and its role as the presidency of the 15th meeting of the Conference of the Parties (COP) to the UN Convention on Biological Diversity to promote an ambitious framework for biodiversity conservation, Blinken said, adding that he looks forward to the United States and China working together to promote the implementation of the framework.

Wang said that China will continue to follow Xi Jinping’s Thought on Ecological Civilization, strive to build a community of life between man and nature, and is willing to join hands with all parties to safeguard the only planet we live on together.

The two sides also exchanged views on the Ukraine issue. Wang emphasized that China has always stood on the side of peace, of the purposes of the UN Charter, and of the international society to promote peace and talks. China will continue to play a constructive role in resolving the crisis in China’s own way, Wang said.