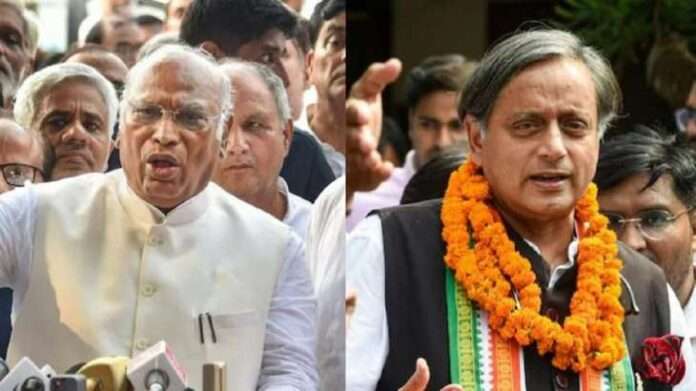 Congress president election 2022: Senior Congress leaders Mallikarjun Kharge and Shashi Tharoor are all set for a face-off in an electoral contest on Monday, for the post of All India Congress Committee (AICC) chief. The grand old party is set to have a non-Gandhi president in more than 24 years.

Over 9,000 Pradesh Congress Committee (PCC) delegates form the electoral college to pick the party chief in a secret ballot.

Voting would take place at the AICC headquarters in New Delhi and at over 65 polling booths across the country in an electoral contest that is taking place for the sixth time in the party’s 137-year history.

While party chief Sonia Gandhi and Congress general secretary Priyanka Gandhi Vadra are expected to vote at the AICC headquarters, Rahul Gandhi will be voting at the Bharat Jodo Yatra campsite in Karnataka’s Sanganakallu in Ballari along with around 40 other Bharat Yatris who are PCC delegates.

Tharoor will cast his vote at the Kerala Congress headquarters in Thiruvananthapuram.