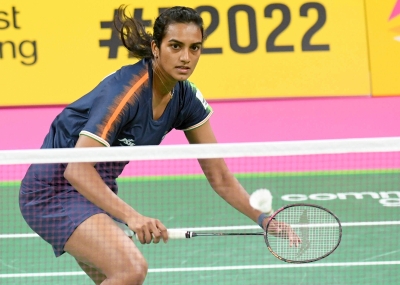 Indian shuttlers remained on course for a rich haul of medals from the badminton competitions at the 2022 Commonwealth Games here their top two singles hopes and a women’s doubles pair advancing to the quarterfinals here on Friday.

Sindhu will next meet Malaysia’s Jin Wei Goh in a repeat of their Mixed Team final clash. Sindhu had defeated Jin Wei Goh 22-20, 21-17 in the team event.

Srikanth, who had won a silver medal in the 2018 Commonwealth Games in Gold Coast, Australia, defeated Dumindu Abeywickrama 21-9, 21-12.

He will next meet Toby Penty of England in the quarterfinal after the local star defeated Callum Smith of Scotland 25-23, 21-12 in a Round of 16-match, coming back from a 16-20 down in the first game.

The young women’s doubles pair of Treesa Jolly and Gayatri Gopichand defeated Jemimah Leung For Sang and Ganesha Mungrah of Mauritius 2-0 (21-2, 21-4) in a totally one-sided match in the Round of 16 stage.