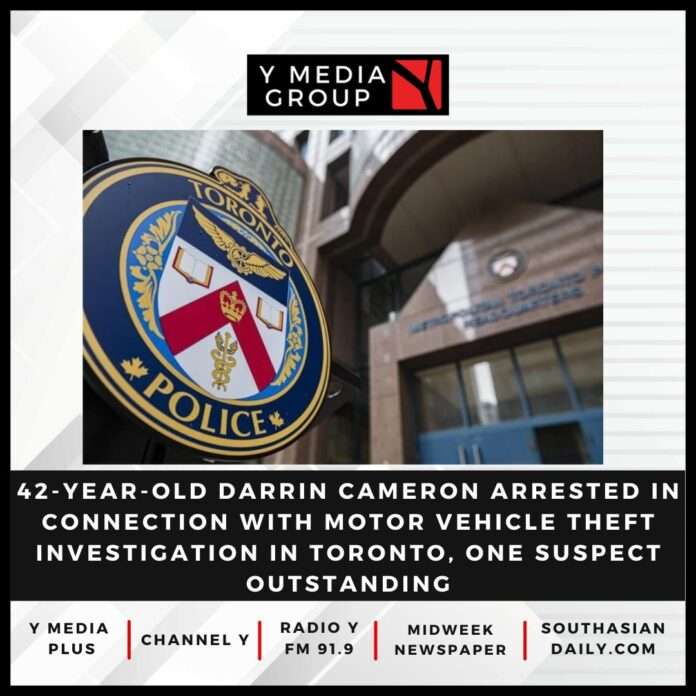 The Toronto Police Service is requesting the public’s assistance locating a wanted man.

Darrin Cameron, 42, of Toronto was arrested and charged with:

The outstanding man is described as 6′, medium to heavy build. He was wearing a hooded sweatshirt, lighter colored pants, light shoes with a darker sole. He was last seen driving a grey coloured Honda Civic. The vehicle was last seen in the Keele Street and Lawrence Avenue West area.

Images have been released.

We are asking for the public’s assistance identifying the man. If located, do not approach, call 9-1-1 immediately