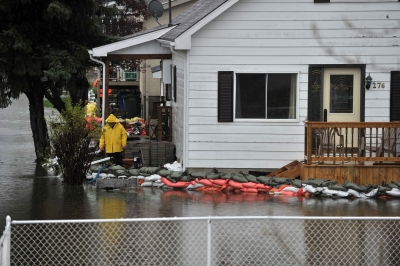 The death toll related to the destructive storm that swept Canadian provinces of Ontario and Quebec has reached 10, local media reported.

Tens of thousands of people were without power after gusting winds of 120 km/h knocked down trees and hydro wires in Ontario, the most populous province of Canada, and the national capital region on Saturday, Xinhua news agency reported, citing CTV news.

Hydro One, a Canadian electricity transmission and distribution service provider, reported that about 185,000 customers were without power as of mid-afternoon Monday, though service had been restored to more than 380,000 customers.

Across the provincial border, Hydro-Quebec had around 1,500 outages affecting over 200,000 customers.

Hydro Ottawa said it had restored power to more than 70,000 customers as of mid-morning Monday, while an estimated 110,000 customers were still without power.

The utility said the damage was significantly worse than the 1998 Ice Storm and the tornadoes of 2018, adding it had brought in crews from the Toronto area and New Brunswick to assist in repairs.